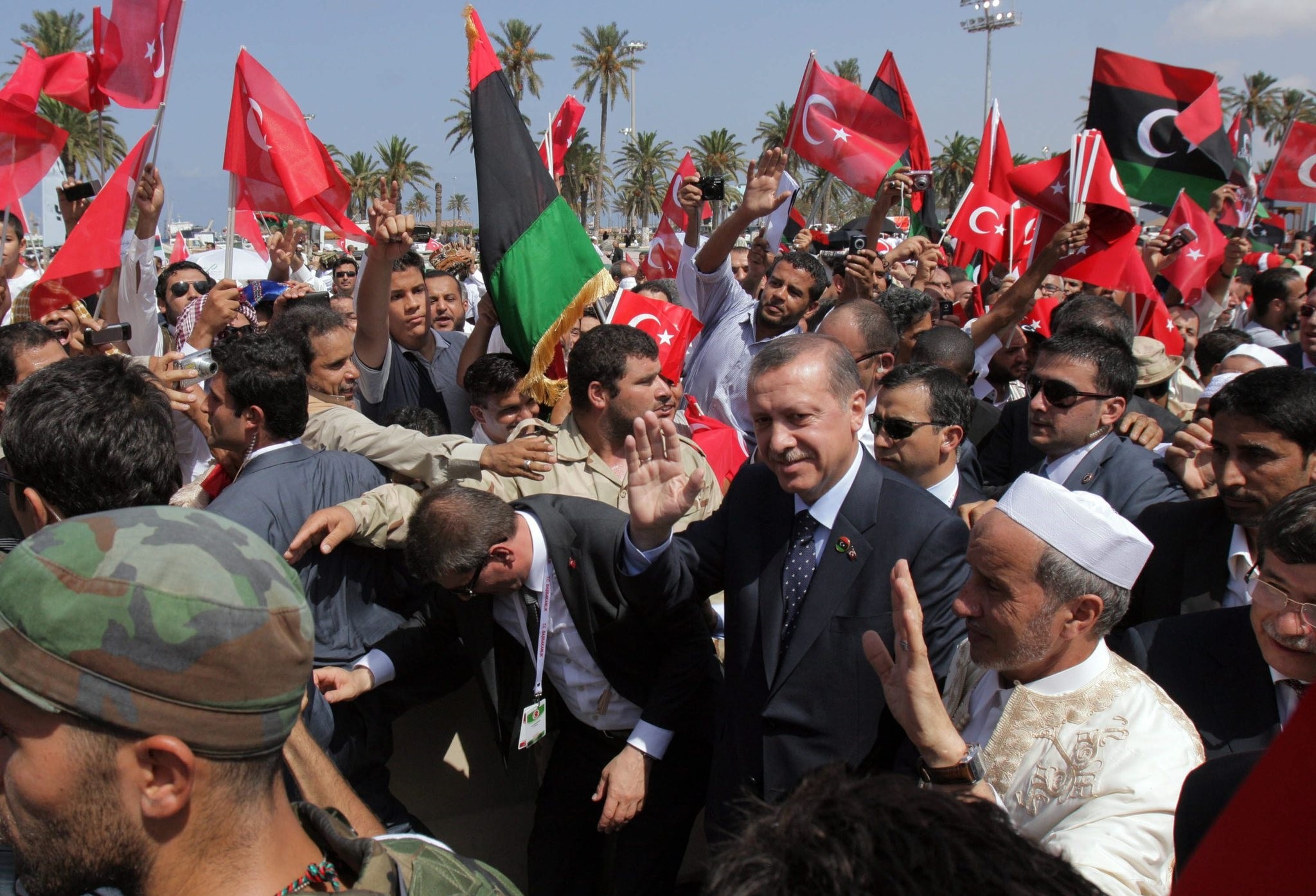 The Middle East and North Africa region has been dragged into complicated multi-partied conflicts in the era following the Arab Spring, and certain actors that opposed Turkey's position during the Arab uprisings are still disappointed with the failure of the July 15 coup

After the Arab Spring euphorically swept across the Middle East and North Africa (MENA) region, nothing remained the same. The Sunni Gulf monarchies have discerned their fragile structures vis-a-vis the Shiite minorities, Libya and Syria have fallen into deadly civil wars, Iraq has lost many cities to Daesh, Iran has found opportunity to expand its sphere of influence, Egypt, despite the democratic election of a government, has fallen into the hands of a dictatorship and Turkey has it "precious loneliness."Democracy did not come to the region after the masses took to streets with demands for liberty and justice, challenging autocratic leaders.

Unpredictability is one of the main features of the MENA region. Prior to 2010, few knew the region was undergoing a very sharp change and becoming a scene for deadly wars and the emergence of terrorist groups like Daesh and the Democratic Union Party (PYD). The Arab Spring has come to a halt. In this process, the region, with the participation of international actors, primarily Russia, the U.S. and recently emerging power centers like the United Arab Emirates and Iran, has entered more complex relations.

This complexity includes Syria, where there are radical elements like the al-Qaida-linked fraction Hayat Tahrir al-Sham, Daesh and the PKK-linked PYD. These groups clash with each other while they all oppose the existence of Free Syrian Army (FSA). On the other side, there is the Syrian regime, Russia, Iran and Iranian-backed militias like Hezbollah. Israel staunchly opposes these groups' existence while allegedly it has aided some radical groups to combat Shiite groups. Turkey opposes all these groups except for the FSA and wants to keep these terrorist groups away from its borders.

Russia supports the Syrian regime and Iranian-linked groups while it remains at a distance from the PYD since the U.S. has been heavily arming the group's People's Protection Units (YPG) militia. Iraq is not any less complex, as the U.S. and Iran-backed Shiite militias operate together against Daesh.

In Libya, for instance, there are three main groups, not only Russia and the U.S., but also the UAE, Saudi Arabia and Egypt are involved in the conflict. In sum, there is an entropic situation. Despite all these complexities, it is also clear that Turkey has been defending the idea that the demands of the people have to be taken into consideration and that democratization, along with secularization, is a must.Yet, the U.S. has not done this either in Egypt or Syria. Turkey, along with Qatar, have remained the only countries that opposed the ouster of Egypt's first democratically elected president, Mohammad Morsi, by former general and incumbent President Abdel-Fattah el-Sissi.

Although Turkey's position is very clear on giving an ear to peoples' demands for liberty and justice, its NATO allies, including the U.S. and Germany, have been acting against Turkey's interests in the region by arming the YPG, which is linked to the PKK, which has carried out several attacks in Turkey. The very same thing happened last year, during the bloody putsch, organized by the Gülenist Terror Group (FETÖ).

On the night of July 15 of last year, millions of people went out to the streets to prevent the coup from succeeding and defend democracy and the democratically elected government. As was the case in Egypt, the U.S. and Turkey's other Western allies did not praise the Turkish people's efforts, instead they expressed their concerns for the post-putsch process.

Media in the West has largely failed to report what was happening in Turkey and who the perpetuators were. A recent Foundation for Political, Economic and Social Research (SETA) report says Western media have continued an anti-Turkey campaign. The report says Western governments made statements after learning the coup failed while the media emphasized that Fetullah Gülen, FETÖ's leader, was just a humble man of religion, living in self-imposed exile in the U.S. and that Turkey was used to coups.

The report also said media outlets were skeptical about the Turkish government's statements, implying that FETÖ may not have been the perpetuator. They questioned Gülen's position and the arrests of the soldiers who participated in the coup.It was no different in Egyptian and Emirati media. The regional and international actors who opposed Turkey's stance in the Arab Spring, especially in Syria and Egypt, did not condemn the coup directly.

Moreover, in the following process, the Turkish government has been accused of being autocratic and draconian in its fight against FETÖ. Many rumors in Turkish media have claimed the U.S. had knowledge of the coup previously and that the UAE backed FETÖ.

After the coup failed, Egypt's statement inviting FETÖ members showed that the Sissi regime was disappointed with the failure of the coup. It was not unexpected that the UAE and Egypt wanted President Recep Tayyip Erdoğan and the government to be removed since the two Arab states want to neutralize Turkey's position in Gaza, Somalia and Qatar.

Therefore, during the very complex conflicts currently taking place in the region, it is also evident that certain regional countries act against Turkey in favor of their own ambiguous interests.