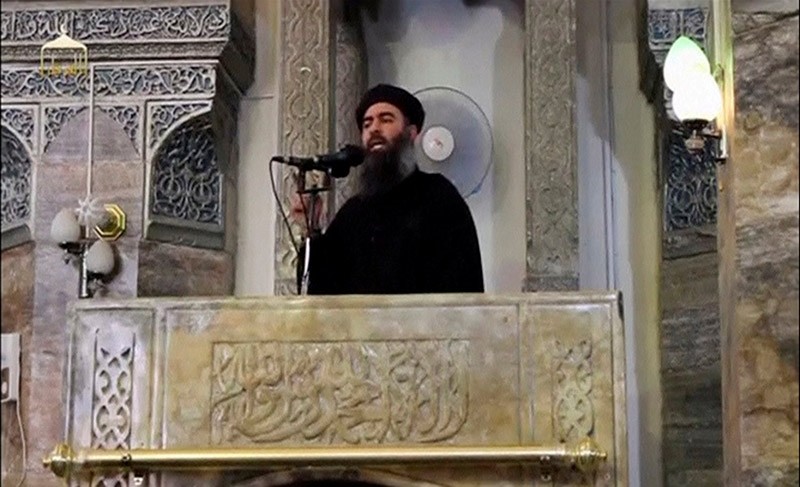 A man purported to be reclusive leader of Daesh Abu Bakr al-Baghdadi making what would have been his first public appearance in Iraq's Mosul, according to a video recording posted on July 5, 2014, in this still image taken from video. (via Reuters)
by Compiled from Wire Services Jul 16, 2017 12:00 am

Last month, the Russian Defense Ministry media said that Baghdadi was believed to have been killed in an airstrike in Syria.

U.S. officials, however, said they don't have any proof confirming the Daesh leader's death.

"Baghdadi is still hiding in Syria in an area outside [the northern Syrian province of] Raqqa," Abu Ali al-Basri, the head of the intelligence and anti-terrorism department at the Iraqi Interior Ministry, told the local Al-Sabah newspaper.

He insisted that reports speaking about Baghdadi's death were untrue.

The U.S. offers a $25-million bounty for Baghdadi, who split from al-Qaeda organization in 2013.

He was last seen in public in 2014 after his group captured Mosul when he announced the creation of the so-called caliphate in both Syria and Iraq.

The Syrian Observatory for Human Rights said on Tuesday that it had "confirmed information" that Baghdadi has been killed.

Russia's defense ministry said it may have killed Baghdadi when one of its air strikes hit a gathering of Daesh commanders on the outskirts of the Syrian city of Raqqa, but Washington said it could not corroborate the death and Western and Iraqi officials have been skeptical.

"(We have) confirmed information from leaders, including one of the first rank, in the Daesh in the eastern countryside of Deir al-Zor," the director of the British-based war monitoring group Rami Abdulrahman told Reuters.

Baghdadi's death had been announced many times before but the Observatory has a track record of credible reporting on Syria's civil war.