Minister says Israel is the “owner' of al-Aqsa compound 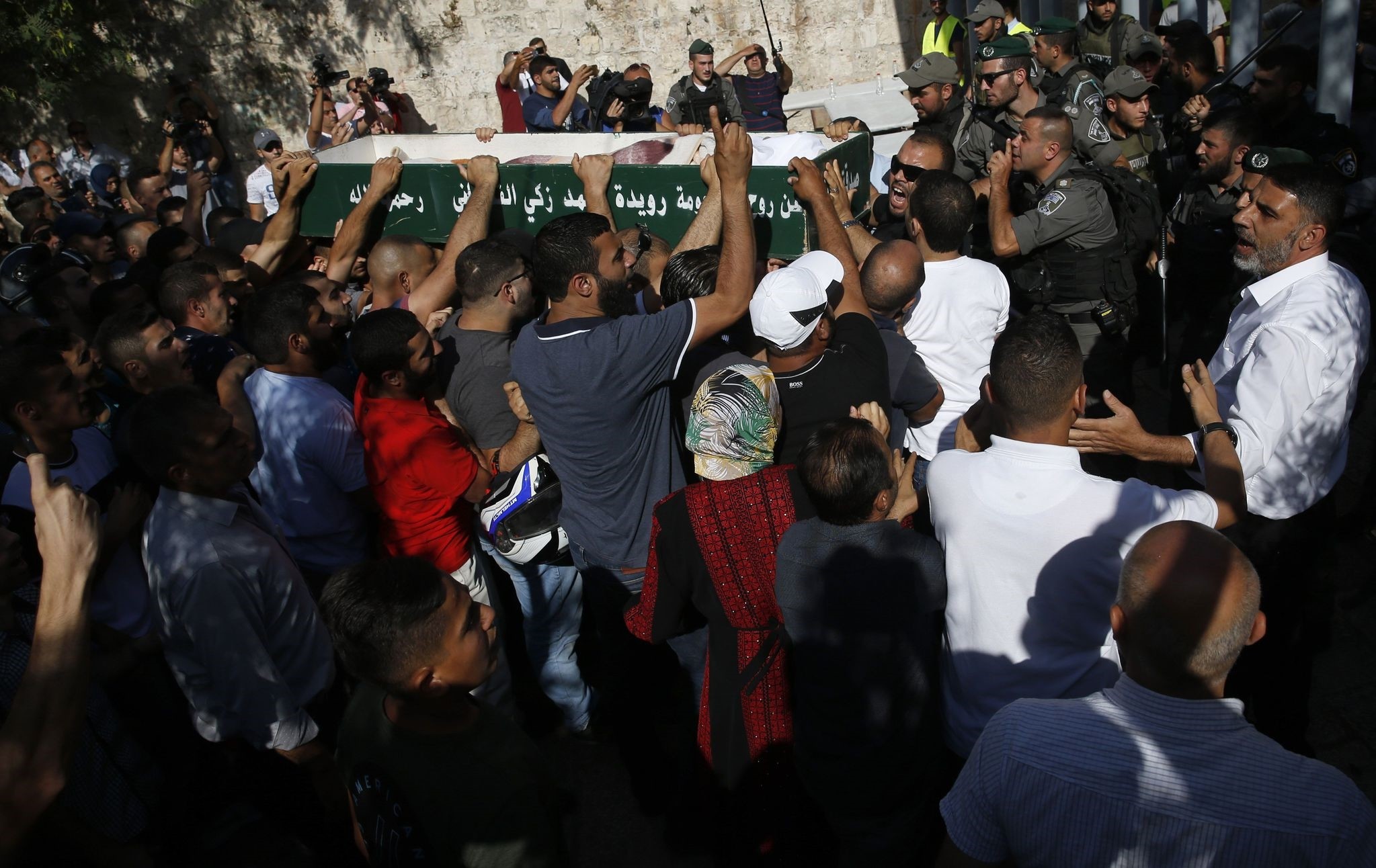 Palestinian mourners carry a coffin outside Al-Aqsa mosque compound as they refuse to undergo checking by Israeli (AFP PHOTO)
by Daily Sabah Jul 16, 2017 12:00 am
Israel's Public Security Minister Gilad Erdan claimed Sunday that Israel was the sole owner of the Old City of Jerusalem where the al-Aqsa compound is located and the decision to close down or open it "concerns only the Israeli government."

The tension was high in Jerusalem for the last two days as Jerusalem's flashpoint Al-Aqsa mosque compound was locked down following a deadly shootout. The compound was reopened on Sunday with new security measures.

The mosque was closed and Friday prayers canceled for the first time since Israel occupied east Jerusalem in 1967 after a gunfight inside the compound on Friday morning killed two Israeli police officers and the three alleged Palestinian attackers.

Speaking to the Israeli Military radio station, Erdan said that the sovereignty of the holy site, also revered by Jews as the Temple Mount belongs to Israel and the country "does not need other countries' advice."

On Friday, Jordan called on the Israeli government to immediately allow access to the al-Aqsa Mosque and strongly opposed any obstruction to Muslims' right to pray.

Erdan further said Israel does not take Jordan or other countries' opinions into consideration and "do whatever it sees required to be done."

Palestinian worshippers congregated for prayers outside one of the main entrances to the Al-Aqsa mosque but refused to enter because of new metal detectors installed at entrances.

Sheikh Omar Qiswani, head of the Islamic Waqf, which manages the mosque, told the Muslim worshippers at Lion's Gate not to enter if they have to go through searches.

"We will refuse to enter the Al-Aqsa mosque unless the situation returns to normal," Qiswani said, rejecting changes made in the aftermath of Friday's shootout.

The Waqf said police have confiscated keys to the site and dozens of officers had been stationed outside the main mosque.
Last Update: Jul 16, 2017 8:15 pm
RELATED TOPICS