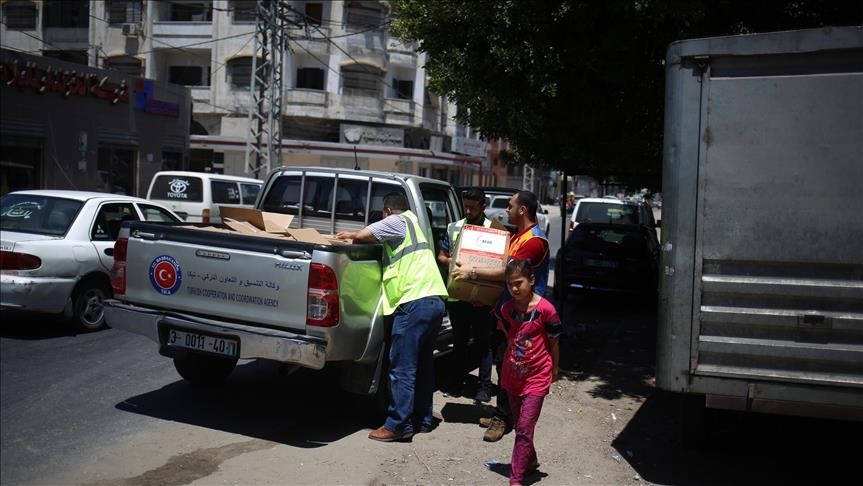 Turkish aid packages were distributed to 29,000 Palestinian families in the blockaded Gaza Strip by The Palestinian Ministry of Social Development Sunday.

The aid was distributed in cooperation with the state-run Turkish Coordination and Cooperation Agency (TIKA).

Raed Qeshta, TIKA's assistant coordinator in Gaza, said the aid has been handed out to families from across the Gaza Strip.

"Around 100,000 bags of flour will be handed out to poor families in the coming period," Qeshta said.