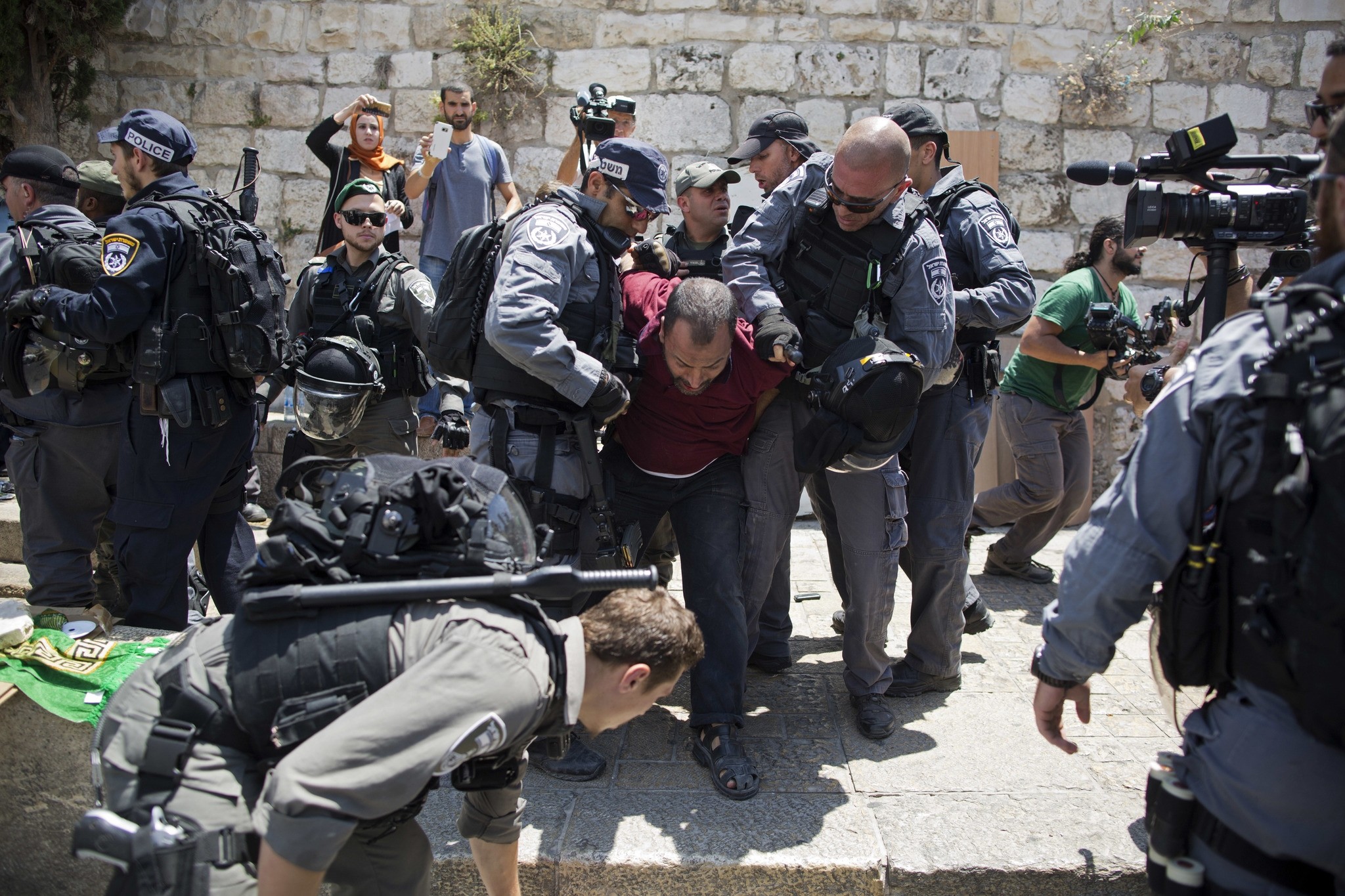 Israeli police officers detain a Palestinian man outside the Lion's Gate, following an appeal from clerics to pray in the streets instead of the Al Aqsa Mosque compound, in Jerusalem's Old City, Wednesday, July 19, 2017. (AP Photo)
by Jul 19, 2017 12:00 am

Prime Minister Benjamin Netanyahu is debating whether to remove new metal detectors at the centre of a dispute with Palestinians over access to a religious site in annexed east Jerusalem, Israeli media said Wednesday.

The reports came as thousands of Muslim worshippers prayed for a fourth night in a row outside the Haram al-Sharif compound, known to Jews as the Temple Mount, rather than enter through the metal detectors.

After the prayers, the Palestinians staged a protest against the enhanced security measures, chanting they were ready "to sacrifice ourselves for Al-Aqsa (mosque) with our soul and our blood", as Israeli border guards looked on.

Fresh clashes broke out on Wednesday near the Palestinian refugee camp of Shuafat in east Jerusalem, but without any immediate reports of casualties.

Netanyahu, who is on a visit to Hungary, was consulting with security aides on whether to remove the metal detectors ahead of Friday's weekly prayers, which normally draw more than 30,000 worshippers to the compound.

Former police chiefs, quoted in the media reports, have warned that efforts to ensure such a large gathering passes through the metals detectors would trigger major unrest.

Protests and scuffles between demonstrators and Israeli police have erupted outside the holy site in Jerusalem's Old City on previous nights.

Israel sealed off the site in the aftermath of the attack, saying the closure was necessary to carry out security checks.

The site reopened on Sunday, but with metal detectors at entrances, prompting the Palestinian boycott over alleged Israeli efforts to expand their control over the sensitive site.