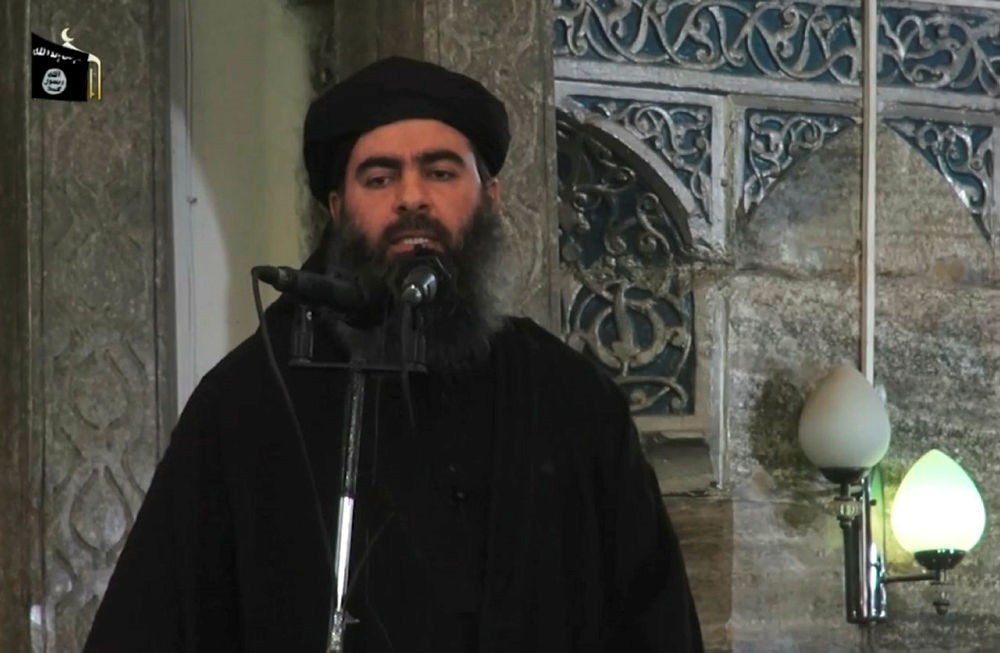 A file image grab taken from a propaganda video released on July 5, 2014 by al-Furqan Media allegedly shows al-Baghdadi in Mosul
by Compiled from Wire Services Jul 21, 2017 12:00 am

A senior U.S. counter-terrorism official said on Friday that he has seen no information confirming that Daesh leader Abu Bakr al Baghdadi has been killed.

"I've seen nothing that would lead me to believe that the leader of ISIS (Daesh) has been removed from the battlefield," said Nicholas Rasmussen, the director of the U.S. Counter-Terrorism Center. "We know a good bit. We just don't have information that would confirm his death."

Rasmussen, speaking at the annual Aspen Security Forum, was responding to recent news reports that Baghdadi had been killed.

Earlier this month, the Syrian Observatory for Human Rights said it had "confirmed information" that Baghdadi had been killed, but Western and Iraqi officials have been skeptical.

"I think that he's alive, and I'll believe otherwise when we know we've killed him. But we're going after him … we assume he's alive," Mattis told reporters at the Pentagon.