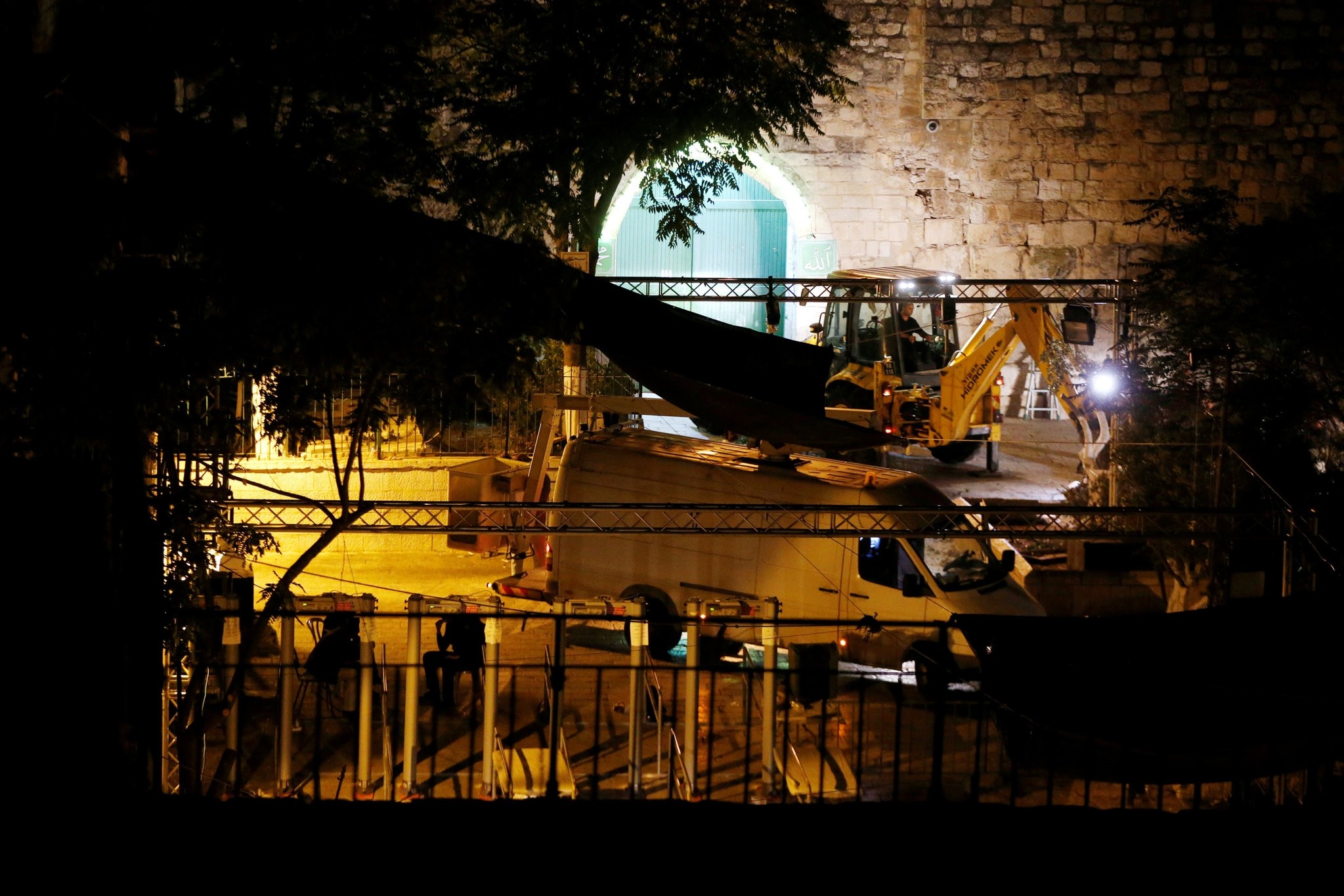 Israeli security forces stand next to heavy machinery as metal detectors that were recently installed are seen at an entrance in Jerusalem's Old City July 25, 2017. (REUTERS Photo)
by Daily Sabah Jul 25, 2017 12:00 am

The Israeli forces started to remove the metal detectors from gates of Al-Aqsa Mosque compound in the early hours of Tuesday in Jerusalem but keep the security cameras, the director of the mosque said.

Speaking to Al Jazeera, Sheikh Najeh Bakirat said the move does not meet the demands of the Muslim worshippers as the security cameras remain in the area.

The footage from the area also showed heavy machinery and workers heading to the entrance to the holy site that is currently closed to reporters.

No official comment has come from the Israeli side about the move.

Anger has spilled across the West Bank since last week when Israel shut East Jerusalem's Al-Aqsa Mosque, venerated by Muslims and Jews -- who call the site Temple Mount -- following a deadly shootout.

The mosque was reopened after two days, with Israel installing metal detectors and cameras at its gates.

Three Palestinians were killed on Friday in protests against the Israeli measures around the holy site. Three Israelis were also killed in an attack in a settlement in the West Bank.

Israel refused to remove the detectors, claiming the security measures were similar to procedures taken at other holy sites around the world.

The city of Jerusalem is sacred to members of all three Abrahamic faiths -- Muslims, Jews and Christians -- and the Al-Aqsa Mosque represents the Islamic world's third-holiest site.