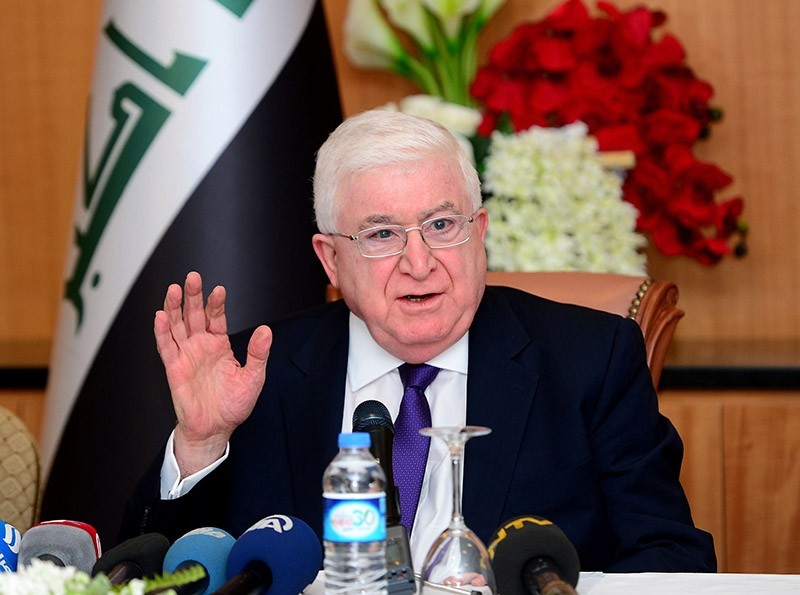 Iraqi President Fuad Masum on Tuesday said a planned referendum on the proposed secession of the northern Kurdish region from Iraq did not amount to a "declaration of independence."

On Sept. 25, the Kurdish Regional Government (KRG) plans to hold a popular referendum on whether the region should formally seek independence from the central government in Baghdad.

According to a statement issued by his office, Masum met with a number of foreign diplomats at Baghdad's Salam Palace to celebrate the northern city of Mosul's recent "liberation" from the Daesh terrorist group.

At the meeting, Masum also reportedly spoke about the KRG's unilateral decision to go ahead with the referendum, which has led to mounting tension between Baghdad and Irbil, the Kurdish region's administrative capital.

"Holding a referendum based on mutual understanding does not amount to a declaration of independence per se," Masum declared.

He also called for disputes between Baghdad and Irbil to be resolved through dialogue.

"Iraq's central government and the Kurdish region should look to the [Iraqi] constitution with a view to finding a middle ground," said Masum, noting that Article 140 of the constitution is devoted specifically to "disputed territories."

On July 26, Iraqi Prime Minister Haidar al-Abadi said the upcoming referendum would constitute a violation of Iraq's constitution and that referendum results would therefore be considered invalid.