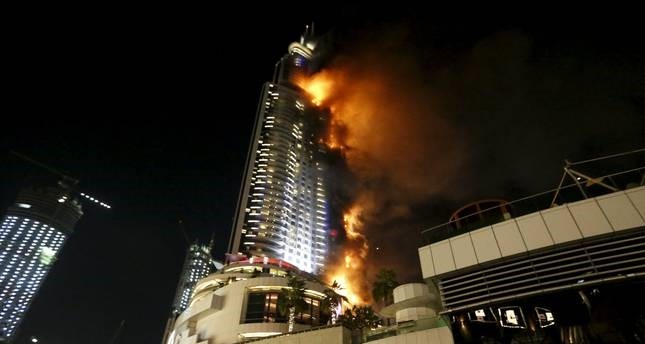 The Torch Tower in Dubai was engulfed in a massive fire late Thursday.

No casualties have been reported and officials announced that residents have been successfully evacuated from the burning skyscraper.

After it was damaged in 2015, Dubai's Torch Tower engulfed in fire once againhttps://t.co/XlkGYRV27G pic.twitter.com/R61g3QD9Wz

Fire brigades have been deployed to the scene.

The building, also known as the Marina Torch, had already caught fire once. In December 2015, the 63-storey building was damaged because of the fire.

Ahead of New Year celebrations two years ago, large tongues of flame shooting skywards enveloped the luxury hotel and residential block, which lies across a plaza from the world's tallest building, the Burj Khalifa, where people were gathering for a spectacular fireworks display due to mark the start of 2016.

After the 2015 fire, the Dubai Media Office said 14 people had been lightly injured and that one suffered a heart attack due to the smoke and overcrowding during evacuation. The statement said another person was moderately injured, without elaborating further. No children were among those injured.

The tower is the 5th tallest residential building in the world.

Dubai is a trade, tourism and investment hub for the Gulf region, and is one of seven emirates that make up the United Arab Emirates (UAE).