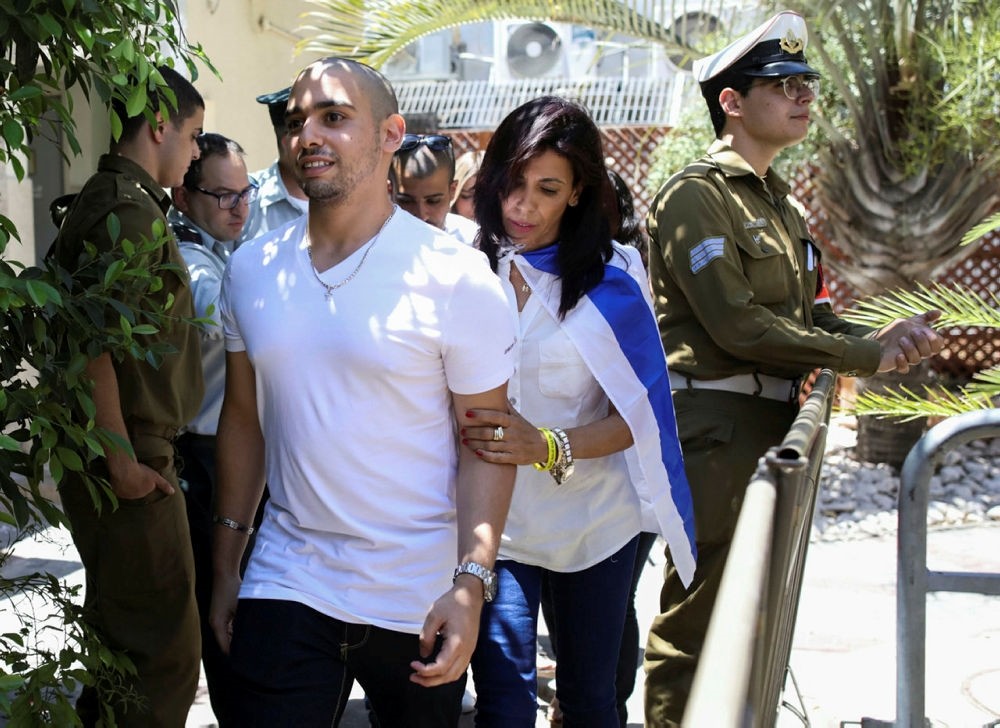 Elor Azaria, who was convicted of manslaughter and sentenced to 18 months imprisonment for killing a wounded and a Palestinian in Tel Aviv, Israel July 30, 2017. (REUTERS Photo)
by Aug 06, 2017 12:00 am

Israeli soldier Elor Azaria, who was sentenced to 18 months' jail for killing a wounded Palestinian, on Sunday asked for a postponement of his imprisonment, a military spokesman said.

On July 30, a military court rejected his appeal against his conviction for manslaughter and upheld the prison term.

Azaria was to have presented himself to the authorities on Wednesday to begin serving his sentence.

"He submitted a request to the military prosecutor's office and the prosecution is examining it," a military spokeswoman told AFP on Sunday.

No further details were available.

The March 2016 shooting in the occupied West Bank city of Hebron was caught on video by a rights group and spread widely online.

It showed Abdul Fatah al-Sharif, 21, lying wounded on the ground, shot along with another Palestinian after stabbing and wounding a soldier, according to the army.

Azaria then shot him in the head without any apparent provocation.

He said he feared Sharif was wearing an explosive belt and could blow himself up, a claim judges rejected.