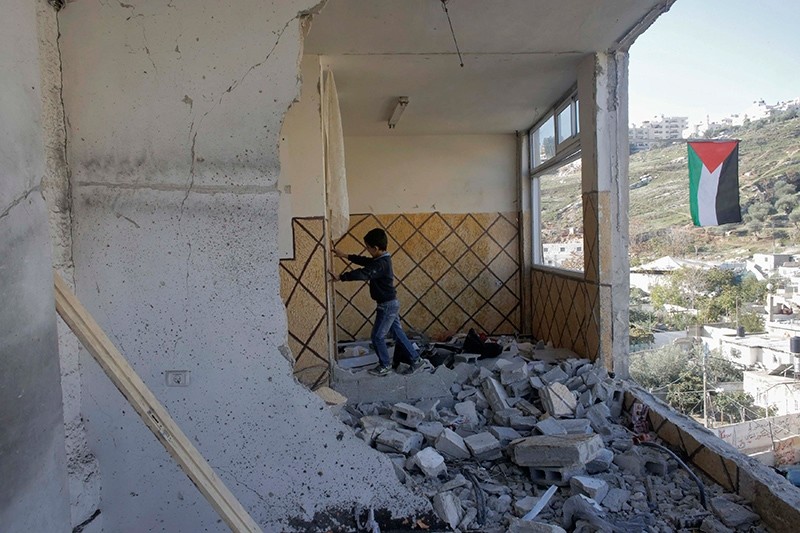 Human Rights Watch said Tuesday Israel had stripped nearly 15,000 Palestinians from Jerusalem of their right to live in the city since 1967 and warned that it could be a "war crime."

"Israel claims to treat Jerusalem as a unified city, but the reality is effectively one set of rules for Jews and another for Palestinians," Sarah Leah Whitson, HRW's Middle East director, said in a report.

Israel occupied east Jerusalem during the 1967 Six Day War in a move never recognized by the international community.

The more than 300,000 Palestinians there have permanent residency status but are not Israeli nationals.

While east Jerusalem residents are allowed to apply for citizenship, most do not as they view it as recognition of Israeli sovereignty.

Since 1967, 14,595 Palestinians have had their residence status revoked, effectively barring them from remaining in the city of their birth, the HRW report said citing interior ministry figures.

The majority of these revocations were due to spending periods of time out of the city, with Israel arguing their "center of life" was not in Jerusalem.

"Residency revocations often effectively force Palestinians from east Jerusalem, who are protected by virtue of Israel's occupation under the Fourth Geneva Convention, to leave the territory they live in," the Human Rights Watch report said.

"Deportation or forced transfers of any part of the population of an occupied territory could amount to war crimes."

The Israeli interior ministry spokeswoman could not immediately be reached for comment.