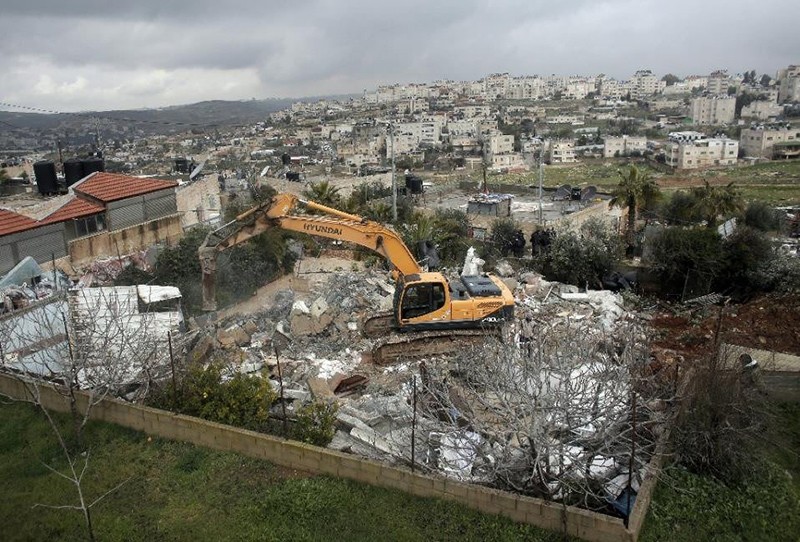 More than 50 Israeli army vehicles reportedly rolled into the village shortly after midnight.

The homes belonged to the families of Bara Ata, Usama Ata, and Ahmad Ankoush, who died in an alleged attack on Israeli police in Jerusalem in June.

Their families had vacated the homes a week before the demolition took place, Imad Zahran said.

The demolition took several hours and involved bulldozers and explosives to destroy the homes.

When the army arrived in the village, calls through the loudspeakers of a local mosque asked villagers to block the attempt.