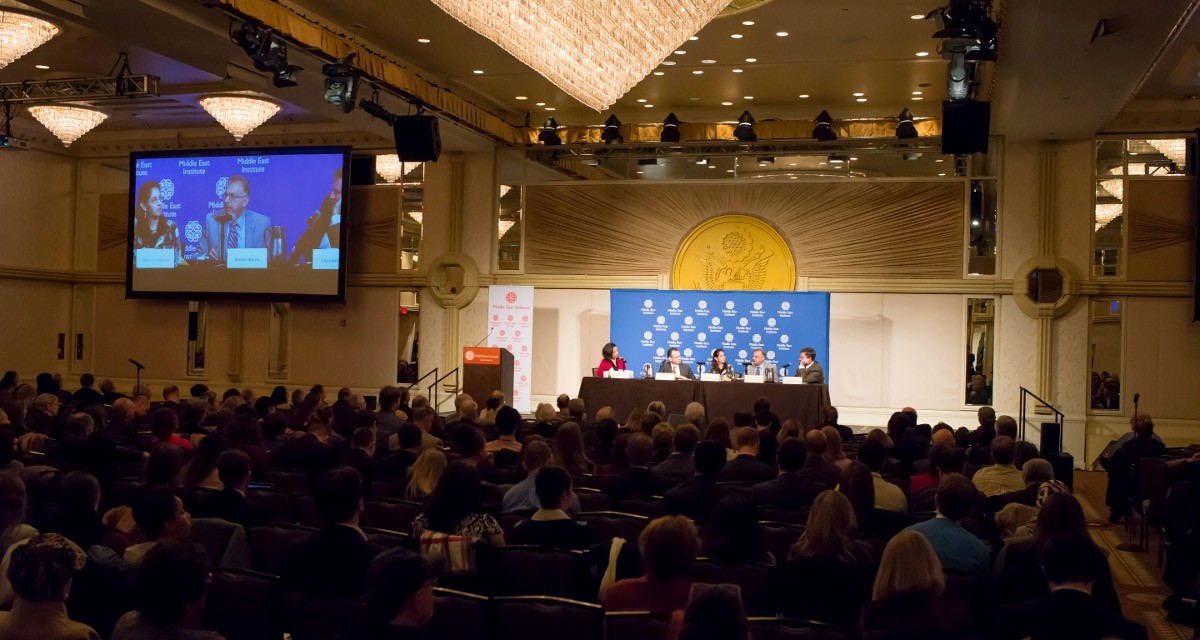 Tweet: UAE made secret 'contribution' to the Middle East Institute to "counter misperceptions about the region": report

The United Arab Emirates pledged to make $20 million worth of contributions over the course of 2016 and 2017 to the Middle East Institute, one of the leading think tanks in Washington, the Intercept reported, citing obtained documents.

The secret contributions aimed to enable the Middle East Institute to "augment its scholar roster with world class experts in order to counter the more egregious misperceptions about the region, inform U.S. government policy makers, and convene regional leaders for discreet dialogue on pressing issues," according to a document from the email account of UAE Ambassador to the U.S. Yousef Al Otaiba.

Otaiba's leaked emails revealed that his interaction with the MEI dates back to April 2008, only a month after he was named the UAE envoy to Washington. In one of the emails, Mac McClelland Jr., then a UAE-based consultant, contacted Otaiba, asking for help to raising $50 million for the institute from the UAE

"I suspect that now is the right time to approach the respective leaders [of the UAE] given the huge liquidity in the country as well as the obvious need to promote Arab/Muslim awareness in the U.S.," McClelland said in one of the leaked emails, the Intercept reported.

Otaiba accepted to help McClelland, though he admitted the amount was too much. "I'm aware of MEI's fundraising drive and I'll do what I can to help support it but I feel it's important to manage expectations. I think the numbers you're mentioning are a little far off our original estimates," he said. "Of course I'm only speaking for Abu Dhabi gov't on this issue."

One 2013 exchange between Otaiba and Ramy Yaacoub, an Egyptian activist and scholar, detailed the arrangements. Otaiba told Yaacoub that he had an agreement with the MEI to contribute $1.5 million per year.

"You will cover lobbying and communication support for the opposition group since 1. I cannot do that and 2. It will be a much smaller amount," Otaiba said in the email addressed to Yaacoub.

"Ok, Naguib was under the impression that he would be partially funding it. I will work with Richard to get things moving asap, and will explain to Naguib," Yaacoub told Otaiba in a January 2013 email.

The email does not provide the full names of Richard and Naguib, however, the Intercept said that the people mentioned in the conversation were Richard Mintz, Otaiba's top representative in Washington, and Naguib Sawiris, an Egyptian oligarch who had just two months prior been the recipient of the "MEI Award for Distinction in Civic Leadership" at the Institute's 66th annual banquet.

Otaiba has been at the center of the Gulf crisis after the Intercept leaked his emails, revealing the close relationship between Otaiba and the pro-Israel, neo-conservative think tank FDD. In the emails, Otaiba is in frequent contact with the neo-conservative think tank FDD, which is funded by pro-Israel billionaire Sheldon Adelson, an ally of Israeli Prime Minister Benjamin Netanyahu.

In another email, Hannah tells Otaiba that Qatar, the Gulf state at the center of the current crisis, was hosting the Palestinian movement Hamas at an Emirati-owned hotel.

Otaiba said that this was not the Emirati government's fault, and that the real issue was the U.S. military base in Qatar, "How's this, you move the base, then we'll move the hotel :-)"

Most Gulf Arab states have no official ties with Israel on the surface. Saudi and UAE media recently started a smear campaign against Qatar as a newspaper posted a story, citing what it said were Qatari ties with Israel, using an old photo of then Qatari Emir Sheikh Hamad bin Khalifa al-Thani shaking hands with late Israeli President Shimon Peres.

In early June, Saudi Arabia, the UAE, Egypt and Bahrain launched a diplomatic assault on Qatar, cutting diplomatic and transport links with the small, energy-rich Gulf country due to its foreign policy. They also took aim at Al-Jazeera and other Qatari-funded media outlets for allegedly seditious and provocative coverage.