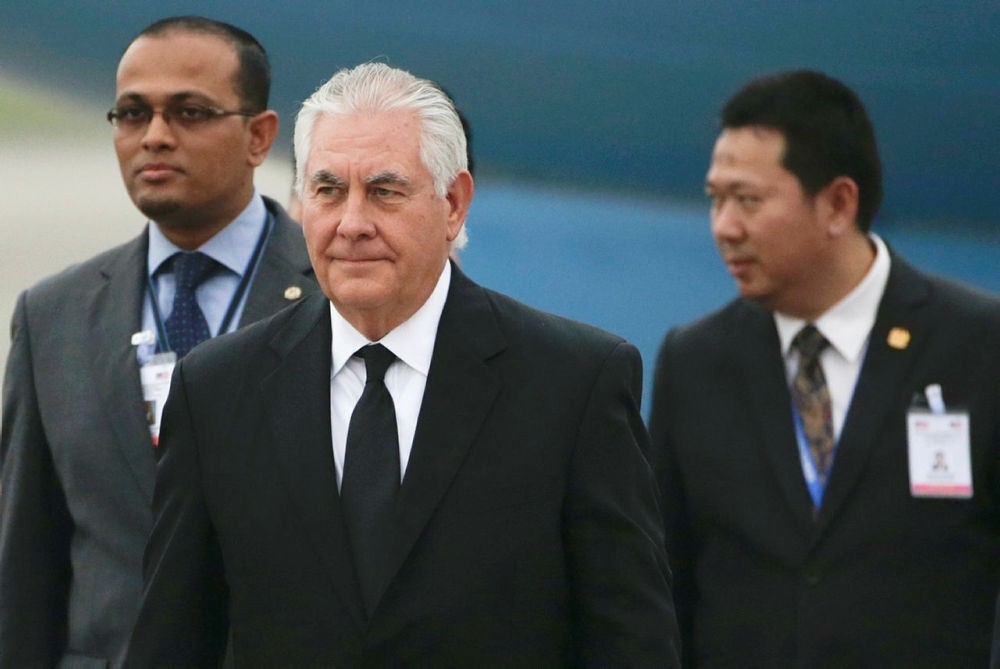 According to a statement by Barzani's office, Barzani told Tillerson that the KRG decided to take care of itself after its efforts to coexist with Iraq failed.

"If the referendum is postponed, what kind of alternatives or guarantees are there for determining the future and fate of Kurdish people?" Barzani said in response to the U.S. diplomat's request.

Tillerson said the KRG's decision to send a delegation to Baghdad was to find solutions to political issues through dialogue, the statement said.

The U.S. ambassador to the U.N. Nikki Haley also expressed concern on the planned referendum last month, claiming that it could cause "a distraction from urgent priorities."

The KRG was created in 1970 in an agreement with the Iraqi government, putting years of fighting to an end. Later in 2005, it gained the right to autonomous governance in the constitution, but is still considered part of Iraq.

Iraqi Kurdistan, with a population of about 5 million, enjoys a high degree of autonomy, including its own parliament and armed forces, but relations with the central government in Baghdad have nosedived in recent years over a range of issues.

These include the sharing of oil revenues and control of some areas that are technically part of federal Iraq but have come under KRG control since 2014 during the war against Daesh.