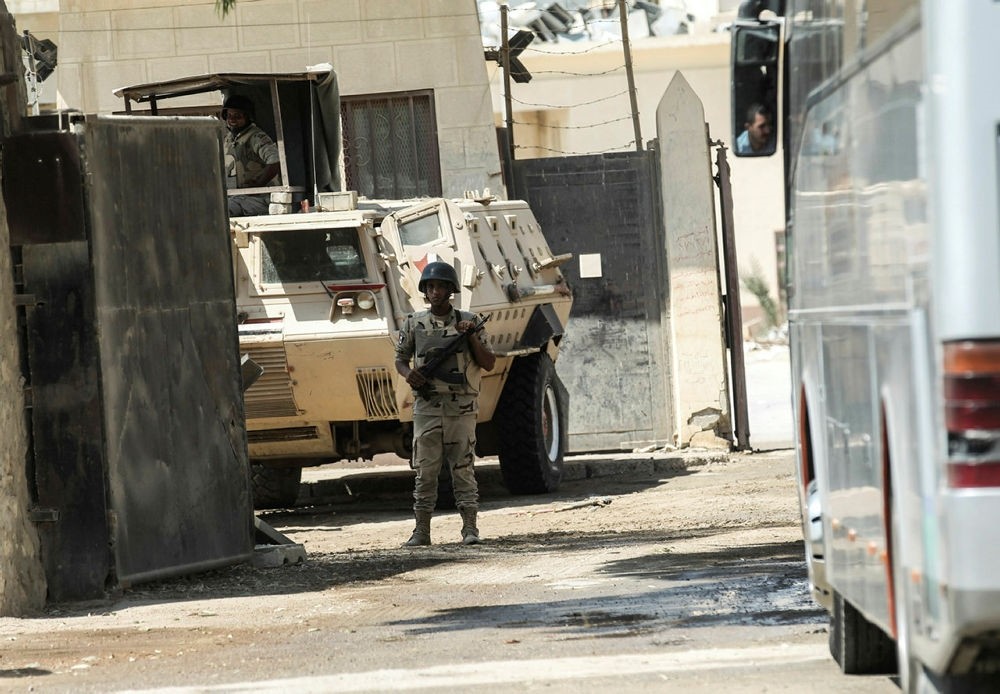 Egyptian security forces stand guard at the border as Palestinian Muslim pilgrims arrive at the Rafah crossing between Egypt and the southern Gaza Strip, on August 14, 2017. (AFP PHOTO)
by Daily Sabah with AA Aug 18, 2017 12:00 am

Egyptian authorities had stopped an Algerian humanitarian-aid convoy from crossing into the Gaza Strip from Sinai, a Palestinian NGO said Friday.

"Egypt's decision to block the entry of the aid convoy is very unfortunate and does not reflect the positive spirit that has recently characterized Gaza-Egypt relations," the National Committee for Breaking the Siege of Gaza said in a press statement.

Neither the Egyptian government nor Hamas has yet to comment on the NGO's assertions regarding the convoy.

On Friday, Egypt re-closed its border with the Gaza Strip after having opened it to Palestinian pilgrims for the last four days for their travel to Saudi cities of Mecca and Medina, Gaza's border authority said.

Blockaded by Israel by air, land and sea since 2007, the Gaza Strip has seven border crossings linking it to the outside world.

Six of these are controlled by Israel, while the seventh -- the Rafah crossing -- is controlled by Egypt, which has kept it tightly sealed for the most part since the ouster of President Mohamed Morsi, Egypt's first democratically elected leader, in a 2013 military coup.