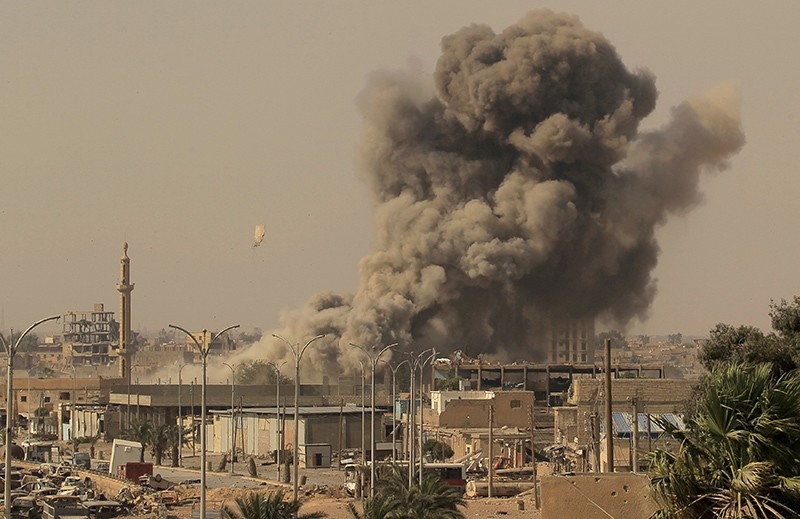 The U.N. called for a humanitarian pause Thursday to allow 20,000 trapped civilians to escape the besieged Syrian city of Raqqa.

"So now is the time to think of possibilities, pauses or otherwise that might facilitate the escape of civilians, knowing that [Daesh] fighters are doing their absolute best to use them as human shields," U.N. humanitarian adviser on Syria Jan Egeland said in a news conference in Geneva.

Noting that Daesh still held five districts in Raqqa, Egeland said: "l cannot think of a worse place on Earth now than these five neighborhoods for these 20,000 people."

About upcoming Astana and Geneva peace talks, the U.N. deputy special envoy for Syria, Ramzy Ezzeldin Ramzy, said the talks in Kazakhstan are expected to take place in mid-September.

The Geneva talks are expected to take place after Astana, but there remains no scheduled date.

At least 78 civilians were killed in U.S.-led coalition airstrikes and Syrian Democratic Forces shelling in Daesh-held Raqqa province Monday, according to an activist-run Raqqa Is Being Slaughtered Silently monitoring group.

In early June, the U.S.-led coalition launched a military campaign aimed at retaking the city, the capital of Daesh's self-proclaimed "caliphate."

Last month, the Syrian Network for Human Rights documented the death of 1,400 civilians, including 308 children and 203 women, in Raqqa in the past eight months.