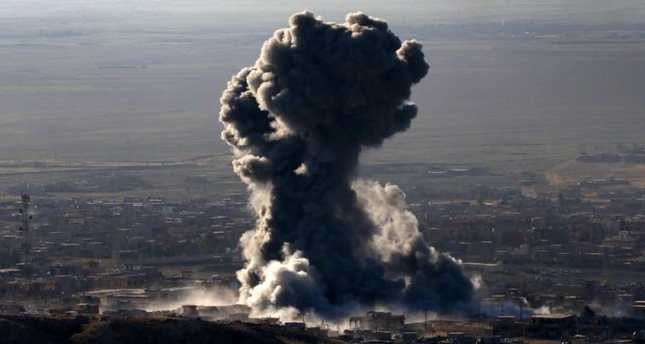 An activist living in war-ravaged Raqqa, the so-called capital of the Daesh terrorist group, said that the U.S.-led coalition airstrikes target civilians, not militants in the city.

"The airplanes are heavily striking the city, and many of the places they are targeting are empty of Daesh fighters and full of civilians," the activist who spoke on condition of anonymity told The Intercept in an interview published on Monday.

"The number of civilians being killed today is much more than Daesh members," he added.

Touching on the direness of the situation and the fact that Raqqa locals are caught in cross-fire, he said that Daesh snipers kill anybody they see outside.

"It's a miracle to find any open grocery shop, the shelling is very intensive, and Daesh snipers are very professional and target anyone they see outside," the activist was quoted as saying in the piece.

"The medical situation is even worse — people need medicine but many supplies were moved out of Raqqa earlier by Daesh, and the hospitals are forced to offer medical services only to Daesh fighters."

"The planes hit the street where he was walking to go home. There were no Daesh members or headquarters in that street, my father was only 50 meters from home. I wished that he had hurried home that night, but he was too old and it took him time," another activist told the Intercept.

U.S. airstrikes have claimed the lives of countless civilians in Afghanistan, Iraq, Syria, Somalia and elsewhere the superpower is trying to "liberate."

Much of that "collateral damage" has been well documented by watchdogs and Amnesty International.

In a report by Amnesty International published on August 23, there is the story of a Syrian who lost her father and brother.

"On the 14th day of Ramadan (June 8) a shell struck our home, killing my father, Rabi'a, who was 60 years old. The following day another shell killed my brother, Kuteiba. He was in the street near the mosque in our neighbourhood. He was going around telling neighbours that the Daesh checkpoints had gone and so there was an opportunity to escape," she was quoted in the report.

"As he was looking forward to the end of Daesh's brutal rule, he was killed by those who are liberating Raqqa. He won't see Raqqa free, and his baby won't ever know his father."