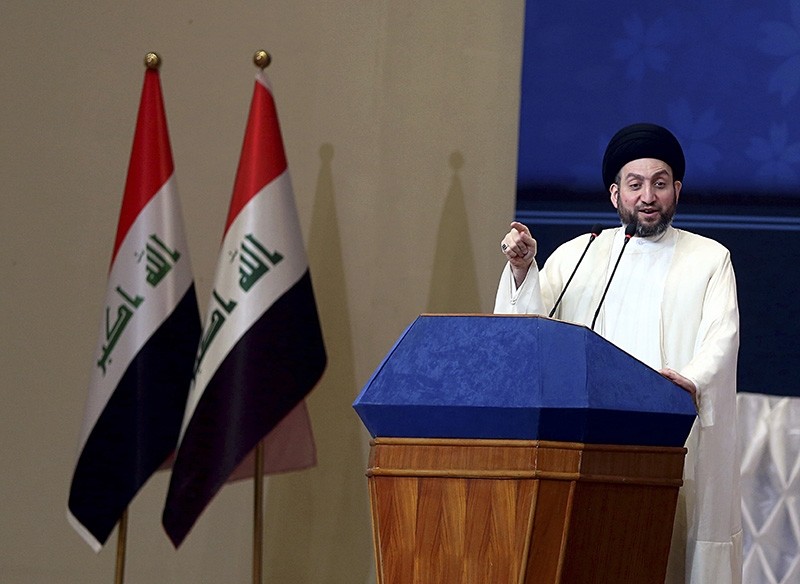 The leader of Iraqi National Alliance, mainly composed of Shiite parties and the largest bloc in the country's parliament, has voiced disapproval of next month's planned independence referendum by northern Iraq's Kurdistan Regional Government (KRG).

"Whoever thinks secession [of the Kurdish region from the state of Iraq] will end the region's problems is deluded," Ammar al-Hakim said while addressing thousands of supporters in Baghdad on Saturday.

"A unified Iraq is the only guarantee of our freedom; it's our strength and our glory," he asserted.

Al-Hakim, whose alliance holds 180 of 328 seats in parliament, added: "Experience has shown that when Iraq is weak, the region is weak... A strong Iraq -- with good neighborly relations -- is in the interest of the entire region."

On Sept. 25, residents of northern Iraq's Kurdish region will take part in a popular referendum on whether to declare formal independence from the Iraqi state.

Officials in Baghdad, however, reject the planned poll, saying it could adversely impact the fight against the Daesh terrorist group, which despite a string of recent defeats still maintains a significant presence in Iraq.

The Iraqi government also claims that the poll would violate the country's 2005 constitution and would be "of no political or economic benefit to the region's Kurds".

Turkey, too, rejects the planned referendum, insisting that the region's stability is inextricably linked to the maintenance of Iraq's unity and territorial integrity. Iran, which also has a Kurdish minority in its western areas, opposes to the referendum.

Washington also voices concern that the referendum could serve as a "distraction" from other pressing regional issues, especially the fight against terrorism and efforts to bring stability to post-Daesh Iraq.

KRG's extended control in areas disputed with Arabs and Turkmens such as Kirkuk is another contentious issue.