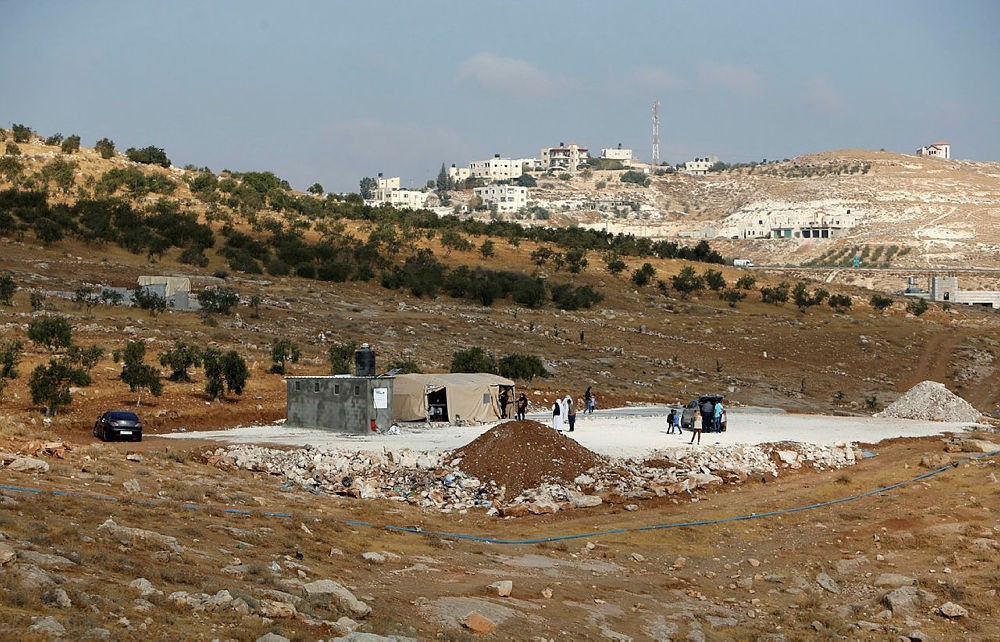 Hassan Burejiya, the Bethlehem coordinator of the committee against the separation wall and settlement units, said the Palestinian Authority condemns the move to transfer 80.5 hectares of agricultural land to the JNF, calling it theft and a violation of the law.

Last week, Israeli Justice Minister Ayelet Shaked said the land located in south Bethlehem was transferred. The decision was taken despite a continuing legal battle over the ownership of the land near the Gush Etzion junction.

The Jewish National Fund, founded in 1901 to develop land in Palestine for Jewish settlements, is an organization obtaining funds from Jewish families around the world.

Israel occupied the West Bank -- including East Jerusalem -- during the 1967 Middle East War. It later annexed the city in 1980, claiming it as the capital of the Jewish state in a move never recognized by the international community.

International law views the West Bank and East Jerusalem as "occupied territories" and considers all Jewish settlement-building activity on the land to be illegal.

Palestinians say Israel is waging an aggressive campaign to "Judaize" the historic city with the aim of effacing its Arab and Muslim identity and driving out its Palestinian inhabitants.