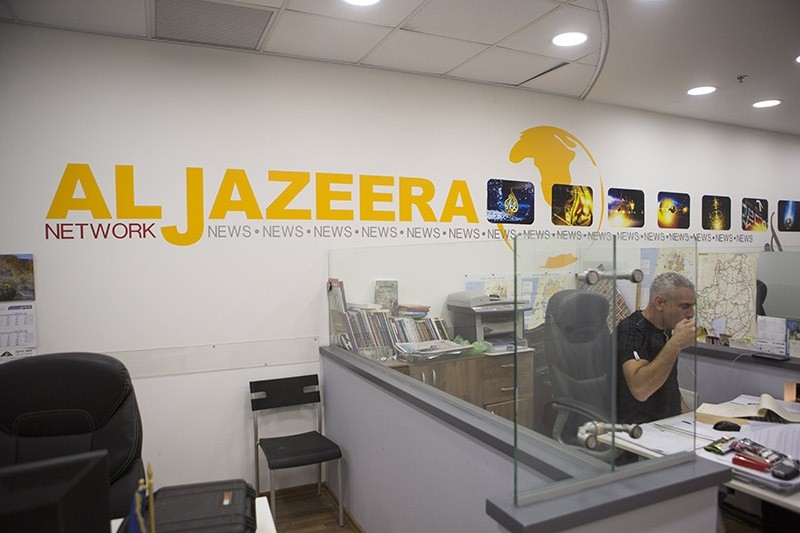 Israeli Prime Minister Benjamin Netanyahu has personally intervened to bar an Al-Jazeera journalist from a government conference on press freedoms that uses the broadcaster as a case study.

Bureau chief Walid Omary's exclusion from attending a seminar titled "Limits of free expression: the dilemma between national security and freedom of the press — Al Jazeera as a case study," comes a month after Netanyahu threatened to shut the Qatar-based outlet's Israel offices.

In a statement on the Facebook page of the Government Press Office (GPO), the office said it had been instructed by Netanyahu to not allow the participation of the network's bureau chief.

Netanyahu also said that legal steps should continue to close the Al-Jazeera offices in Jerusalem and revoke the press cards of Al-Jazeera reporters in Israel.

Last month the GPO threatened to revoke an Al-Jazeera reporter's credentials after a 2016 interview surfaced in which he expressed support for Palestinian "resistance."

Israel's moves to close the network have provoked criticism from Israeli press associations. Al-Jazeera previously said Israeli actions are an attempt to "to silence the freedom of expression in the region."

Al-Jazeera has been banned in countries around the Middle East amid a bitter diplomatic row between Qatar and its neighbors.