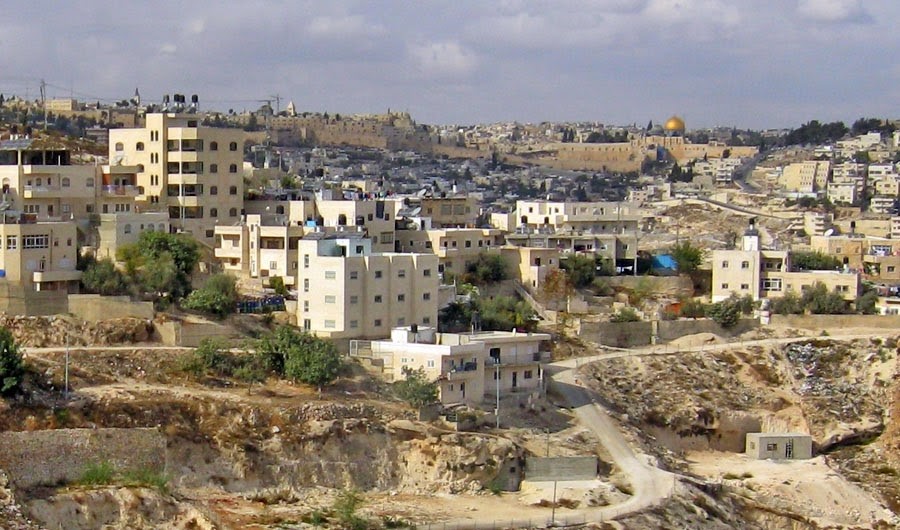 Israel plans to build 176 new settlement units inside the Arab neighborhood of Jabel Mukaber, south of Jerusalem's Old City.
by Daily Sabah with Wires Sep 08, 2017 12:00 am

Israel prepares to approve a plan to expand the Jewish neighborhood of Nof Zion in the heart of Arab East Jerusalem while tripling the Jewish enclave inside Arab neighborhood, the Israeli media reported yesterday.

The Jerusalem Planning and Building Committee will reportedly discuss on Sunday to approve 176 new housing units within the Arab neighborhood of Jabel Mukaber. The expansion of Nof Zion would be the largest Jewish neighborhood located within an Arab neighborhood in the city.

The Israeli left-wing NGO Peace Now condemned the move, saying that the expansion of a Jewish neighborhood in east Jerusalem will further damage the two-state solution.

"It appears that the government has opened all the floodgates when it comes to settlement developments within Palestinian neighborhoods," the NGO said in an official statement, as reported by the Jerusalem Post.

In June, Israel announced to build nearly 1,800 settlement units in the occupied East Jerusalem. It was the largest new Jewish settlement in East Jerusalem over a decade. The new plan includes the expulsion of five Palestinian families and instead two new buildings in the heart of the occupied East Jerusalem neighborhood of Sheikh Jarrah, the Middle East Monitor reported. The Israeli NGO Peace Now condemned the latest Israeli government move, accusing it of destroying further the two-state solution.

In July, Israel began work on the first new settlement in the West Bank in 25 years to house right-wing extremist settlers expelled from the illegal outpost of Amona in February. Building settler homes in the Israeli-occupied West Bank soared 70 percent in 2017 to March, data released by the Central Bureau of Statistics showed today. Since April 2016, work began on 2,758 dwellings, compared to 1,619 during the previous 12 months.

Israel advanced plans for a further 1,500 settler homes in the occupied West Bank, the second such announcement in a week. The announcement came after the United Nations' latest call on Israel to pull out of territories captured in the 1967 war.

After the 1967 war, Israel annexed East Jerusalem and deems the entire city its "indivisible and eternal capital," a status not recognized internationally. Israel pulled out of Gaza in 2005 and it is now ruled by Hamas.