35 years after, survivors of Sabra, Shatila massacre recall the horror 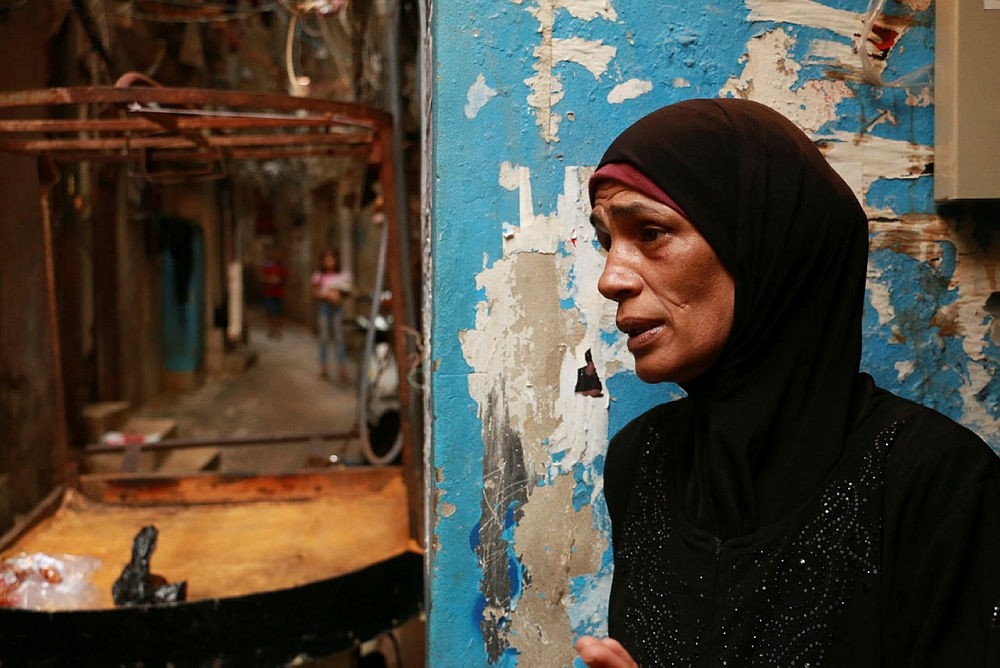 Although 35 years have passed since the horrific massacre in Beirut's Sabra and Shatila refugee camp, those who survived it cannot forget the ghastly scenes they witnessed there.

Shortly after Israel invaded Lebanon in 1982, right-wing Lebanese groups allied with the invaders stormed the camp, killing its inhabitants, raping mothers in front of their families and mutilating pregnant women.

When the incident -- which went on for three days from Sept. 15 to 18 -- was over, some 3,000 Palestinians and Lebanese, mostly Shia, had been murdered.

The night before the massacre, Israel's then-Defense Minister Ariel Sharon had ordered that the camp be surrounded in advance of the assault, effectively paving the way for one of the bloodiest massacres in modern history.

Anadolu Agency visited the camp this week to hear the stories of some of the survivors who remained there.

Amal al-Qirmi, 50, was only 15 years old when she and her family fled their home in one of the sprawling camp's eastern districts before the arrival of troops from Saad Haddad's notorious militia.

A former major in the Lebanese army, Haddad had commanded a 400-man military unit in southern Lebanon before breaking with the army and allying with Israel to form a militia known as the South Lebanon Army (SLA), which opposed the Palestinian presence in Lebanon.

Alongside Haddad's SLA, the Lebanese Phalanges Party, a Lebanese right-wing Christian party, also played a major role in the massacre, according to al-Qirmi.

"They tricked us," she recalled sorrowfully. "They told us through loudspeakers that whoever left their homes would be allowed to return to their ancestral homes in Palestine."

"Camp residents believed the lies told by the Israelis and their Lebanese agents," she said. "When residents did what they were told, they were attacked and butchered in ways previously unimaginable."

Mohamed al-Hasanein, 45, was just 10 years old when he saw an Israeli soldier and two Lebanese men cutting the fetus from a pregnant woman before hanging it on the wall of a house.

"It was a miracle that some of us escaped with our lives," he said. "After the murderers and Zionists left, the smell of death permeated the camp for months."

Said al-Qassim, 67, was in his thirties when he and a group of no more than 20 young men attempted to defend the camp with a handful of light weapons.

"I will not forgive the Arabs [complicit in the massacre] before the Zionists," he said. "The young militiamen took drugs and pills… before attacking us -- killing us -- with a ferocity unseen in history."

"Amal helped the Zionists enter the camp," he said. "Due to ongoing Sunni-Shia tension in the region at the time, they decided to move against us."

Many victims later filed lawsuits against Israel. But according to Said al-Amri, a 55-year-old survivor, most of these plaintiffs have since been granted asylum in Europe -- on condition that they drop their claims against Israel.

"Only a small handful of those who witnessed the carnage first-hand are still in the camp," he lamented.

Roughly one square kilometer in size, the Sabra and Shatila camp is located in West Beirut. One of 12 Palestinian refugee camps in Lebanon, its current population now stands at some 12,000 people.