Iraq ready to use force if KRG referendum leads to violence: PM Abadi 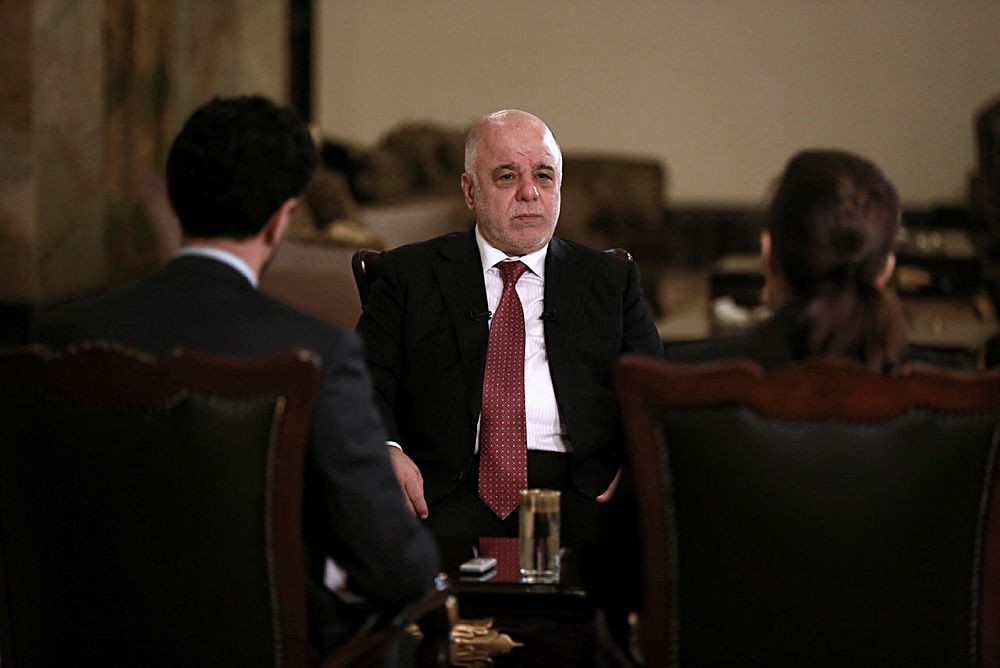 If the Iraqi population is "threatened by the use of force outside the law, then we will intervene militarily," he said.

Iraq's Kurdish region plans to hold the referendum on support for independence from Iraq on Sept. 25 in three governorates that make up their autonomous region, and in disputed areas controlled by Kurdish forces but which are under the rule of Baghdad.

The leaders of KRG have said they hope the referendum will push Baghdad to come to the negotiating table and create a path for independence. However, al-Abadi said such negotiations would likely be complicated by the referendum vote.

"It will make it harder and more difficult," he said, but added: "I will never close the door to negotiations. Negotiations are always possible."

Iraq's Kurds have come under increasing pressure to call off the vote from regional powers and the United States, a key ally, as well as Baghdad.

In a statement released late Friday night the White House called for the Kurdish region to call off the referendum "and enter into serious and sustained dialogue with Baghdad."

"Holding the referendum in disputed areas is particularly provocative and destabilizing," the statement read.

Tensions between Irbil and Baghdad have flared in the lead-up to the Sept. 25 vote.

Masoud Barzani, the president of KRG, has repeatedly threatened violence if "any force" attempts to move into disputed territories that are now under the control of Kurdish fighters known as Peshmerga, specifically the oil-rich city of Kirkuk.

"It's chaotic there," Muhammad Mahdi al-Bayati, a senior leader of Iraq's mostly Shiite fighters known as the popular mobilization forces, said earlier this week, describing Kirkuk in the lead-up to the vote.

Al-Bayati's forces — sanctioned by Baghdad, but many with close ties to Iran — are deployed around Kirkuk as well as other disputed territories in Iraq's north.

"Everyone is under pressure," he said, explaining that he feared a rogue group of fighters could trigger larger clashes. "Anything could be the spark that burns it all down."

Al-Abadi said he is focused on legal responses to the Kurdish referendum on independence. Earlier this week Iraq's parliament rejected the referendum in a vote boycotted by Kurdish lawmakers.

When asked if he would ever accept an independent Kurdistan, Al-Abadi said "it's not up to me, this is a "constitutional" matter.

"If (Iraq's Kurds) want to go along that road, they should work toward amending the constitution," al-Abadi said. "In that case, we have to go all the way through parliament and a referendum to the whole Iraqi people."

"For them to call for only the Kurds to vote," he continued, "I think this is a hostile move toward the whole of the Iraqi population."