NATO to decide on Washington's Afghanistan demands in one month 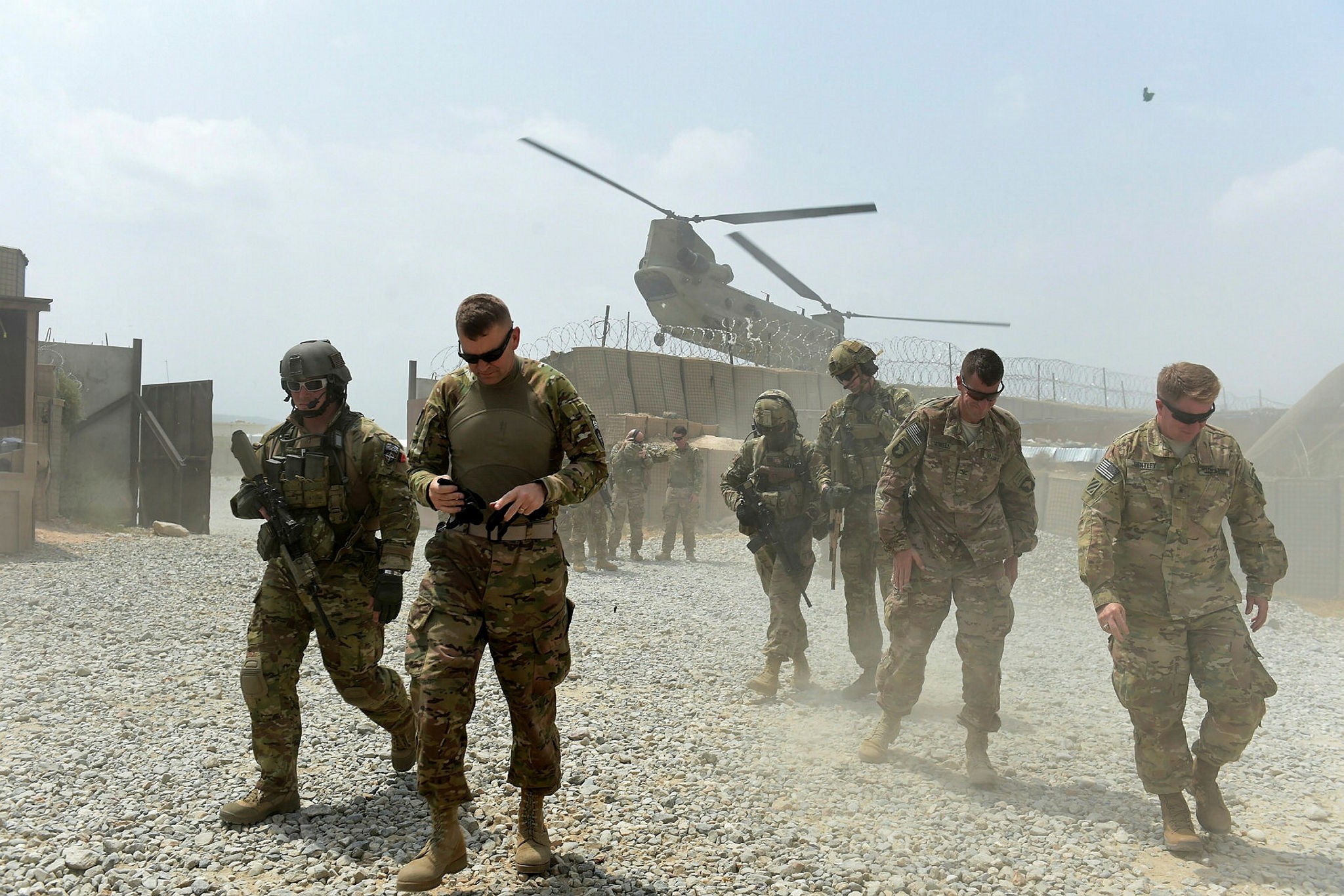 U.S. army soldiers walk as a NATO helicopter flies overhead in the Khogyani district in the eastern province of Nangarhar, Afghanistan.
by Sep 18, 2017 12:00 am

NATO has said it will take a further month to respond to Washington's demands for alliance allies to send more troops to Afghanistan.

During a meeting of the NATO Military Committee in Tirana on Saturday, defense chiefs from 29 members of the organisation "recognized the need to fill the current... shortfalls" in troops, according to group president General Petr Pavel.

However, no decision will be taken until they have consulted with their respective governments, Pavel told reporters after General Joe Dunford, the US Chairman of the Joint Chiefs of Staff and General John Nicholson, the top US commander in Afghanistan, presented their requests.

The meeting comes months after Pentagon chief Jim Mattis told NATO allies they must finish the job in Afghanistan or risk allowing the insurgency to bloom.

"The bottom line is that NATO has made a commitment to Afghanistan for freedom from fear and terror, and freedom from terror demands that you can't let this be undone," he said in June.

Allies are expected to give a firm answer when the committee reconvenes in October, NATO Supreme Allied Commander U.S. General Curtis Scaparrotti told reporters. NATO says "more than 15" countries have pledged additional support, but has yet to give details on extra troop numbers.

Albania, which has 83 soldiers in Afghanistan, has said it is ready to send about 30 more.

Last month U.S. President Donald Trump cleared the way for the deployment of thousands more U.S. troops to Afghanistan, backtracking from his promise to swiftly end America's longest war, begun after the terror attacks of September 11, 2001. He did not specify how many soldiers would be sent but officials have said the additional troops could number some 4,000, on top of 11,000 already on the ground. Scaparrotti did not reveal details of the discussions in Tirana, but said the coalition's aim was to train and equip Afghan special forces and to help provide the country with air support. "What we would like NATO to provide: TAA actually, that's train, advice and assist," he said.

"[There is an] effect on the morale of the Afghan troops when it's their own airforce support. So to the extent that we can get more advisers in there we can effect a faster development of their force, and it's better for everyone," he added.

NATO transferred security responsibilities to Afghan forces in 2014 but has around 13,000 soldiers stationed in the country on the alliance's longstanding mission.