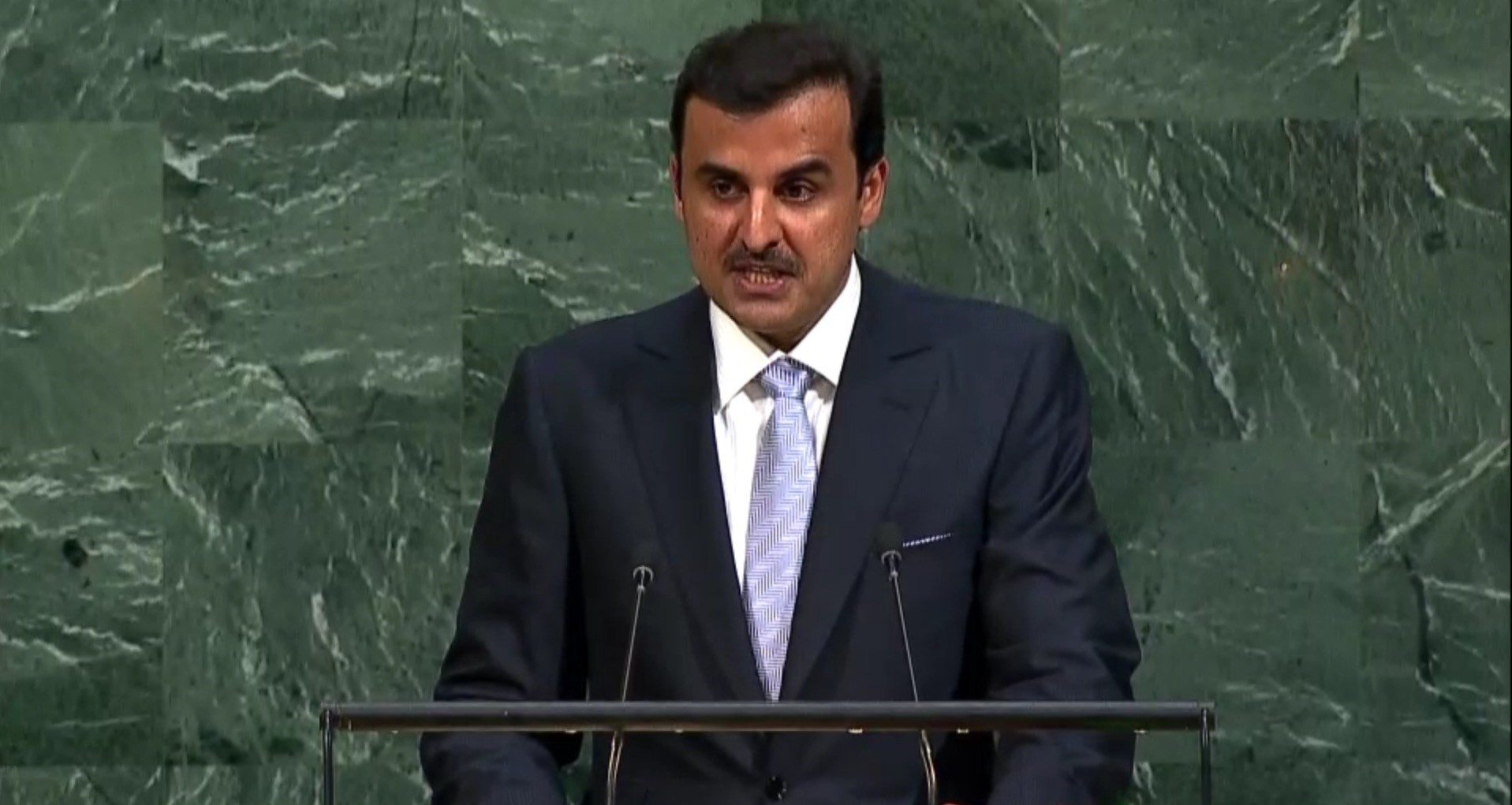 Qatari Emir Sheikh Tamim bin Hamad al-Thani gave a speech during the United Nations General Assembly in New York, in which he harshly criticized the blockade against the insular Arab state.

"Countries who have imposed an unjust blockade on Qatar are seeking to destabilize a sovereign state, isn't that the definition of terrorism?," he asked.

Speaking from the podium of the 193-member General Assembly, Sheikh Tamim renewed the call "for an unconditional dialogue based on mutual respect for sovereignty" to end the political crisis pitting his country against four Arab states.

He asserted that Saudi Arabia, United Arab Emirates, Bahrain and Egypt were inflicting damage on the "war on terror" with this blockade.

The three-month rift in the region began on June 5 when the Gulf countries accused Qatar of supporting terrorism and severed diplomatic and transport ties. Doha immediately rejected the allegations stating that they have no basis in reality.

The Gulf countries imposed a land, sea and air blockade on Qatar and presented a list of demands to Doha, which included the closure of the Al Jazeera television network and the Turkish base in Doha. Qatar announced that it would not adhere to the list and added that in order to find a common ground, the states imposing embargo need to leave their hardline policy.

While Doha has left the dialogue door open, it has underlined that Qatar's right to follow an independent foreign policy must be respected and sanctions, which are not in line with the international law, should not be imposed on the country.

Considering that the region's stability is inextricably linked to the maintenance of dialogue and good relations among the countries, Ankara has been repeatedly calling on sides to get relations back on track since the beginning of the row.