Rouhani refers to Trump as 'rogue newcomer' over nuke deal 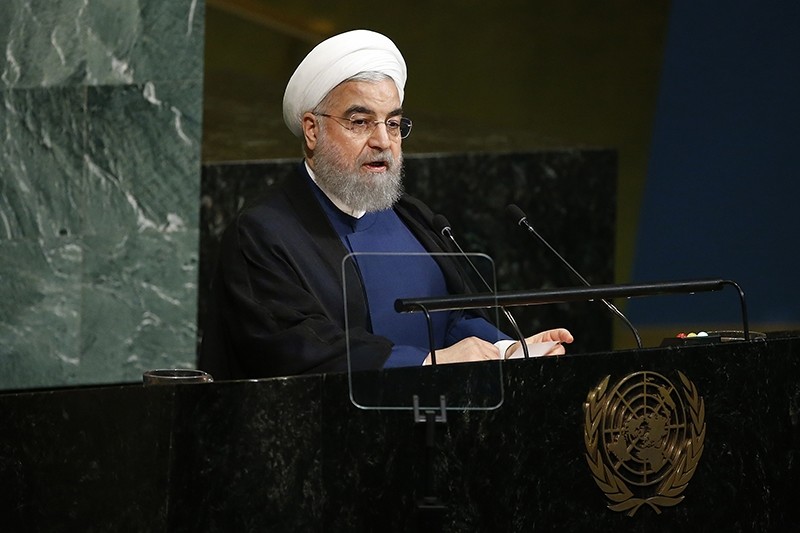 It would be "a great pity" if the 2015 Iran nuclear deal were to be "destroyed by rogue newcomers to the world of politics," Iranian President Hassan Rouhani told the U.N. General Assembly, a day after U.S. President Donald Trump slammed the deal in his own U.N. address.

By threatening to pull out of the agreement, the U.S. administration "only destroys its own credibility and undermines international confidence in negotiating with it or accepting its word or promises," Rouhani told the General Assembly in New York.

Trump's "ignorant, absurd and hateful rhetoric" in his speech on Tuesday was "unfit to be heard at the U.N.," Rouhani said.

Iran will not be the first to violate its international nuclear agreement but will "respond decisively and resolutely to its violation by any party," he added.

The 2015 deal was "overwhelmingly applauded by the international community and endorsed as part of Resolution 2231" adopted by the Security Council, Rouhani told the UN General Assembly.

"As such it belongs to the international community in its entirety and not only to one or two countries," he said.