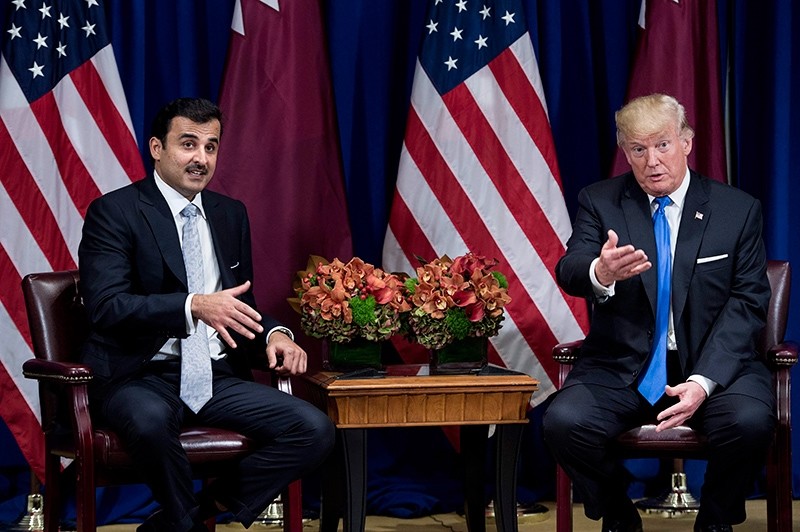 Saudi Arabia and the UAE along with Bahrain and Egypt have since June 5 imposed a boycott on Qatar, accusing the emirate of fostering "terrorist" groups, allegations that Doha has vehemently denied.

According to a Bloomberg report, Saudi Arabia and the UAE planned a regime change in Qatar by taking a military action at the early stages of the dispute.

However, after getting word of this possibility, Trump allegedly called the two leaders and urged them to exercise restraint.

Trump reportedly convinced Saudi and Emirati leaders, saying that a military conflict with Qatar would trigger a crisis in the Middle East that would benefit Iran.

When asked if he had warned Saudi Arabia and the UAE against invading Qatar, Trump responded, "No."

The U.S. president said he was confident a diplomatic dispute between Qatar and its Arab neighbors could be "solved pretty quickly."

Qatar's emir, in turn, said he believed Trump's "interference will help a lot."