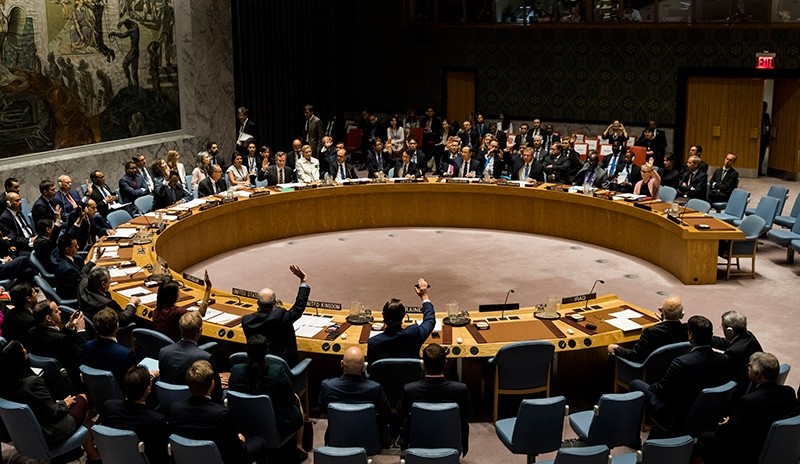 The Security Council members "expressed concern over the potentially destabilizing impact of the Kurdistan Regional Government's plans to unilaterally hold a referendum next week," said the statement.

The referendum risks detracting from the fight against Daesh, the statement added, and it could also disrupt efforts to ensure the safe return of over three million refugees and internally displaced persons to the country.

The council urged "dialogue and compromise" to address differences between the Iraqi government and the regional authorities.

Iraqi Kurds will vote Sept. 25 in the non-binding referendum on whether to declare independence in a region that has already been autonomous since the aftermath of the 1991 Gulf War.

Council members "expressed their continuing respect for the sovereignty, territorial integrity, and unity of Iraq", urging all issues between the central Baghdad government and the Erbil administration to be resolved "through structured dialogue and compromise supported by the international community."

The KRG's plan to hold the referendum has been met with overwhelming discouragement from world leaders. The U.S. has said it "strongly opposes" it, and pointed to the "high" cost of the referendum for "all Iraqis, including Kurds".

President Recep Tayyip Erdoğan has said Ankara would respond with sanctions if next week's referendum went ahead. Erdoğan and U.S. President Donald Trump later agreed Thursday that the vote should not go ahead, according to a press release by the Turkish presidency on their bilateral meeting in New York.

Turkey and Iran have joined the Iraqi government in warning of "counter-measures" if the referendum which they label as "unconstitutional" goes ahead as planned next week.

Residents in provinces controlled by the KRG are scheduled to vote Sept. 25 on independence from Baghdad.

The oil-rich province of Kirkuk is among the contested areas where the vote is planned.