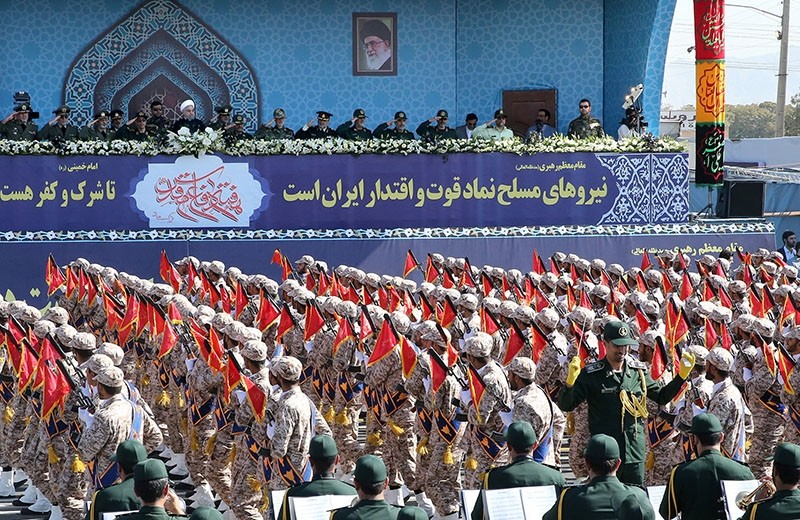 Iranian forces have launched war games in an area near the border with northern Iraq's Kurdistan Regional Government (KRG), Iran's state media reported on Sunday, a day before the planned independence referendum in the region.

Iran also said Sunday it had blocked all flights to and from KRG at the request of Baghdad. "At the request of the central government of Iraq, all flights from Iran to Sulaymaniyah and Arbil, as well as all flights through our airspace originating from the Kurdistan region, have been stopped," official news agency IRNA quoted the spokesman for the Supreme National Security Council, Keivan Khosravi, as saying.

The move comes only days after Turkey launched a military drill on the border with Iraq. Turkey also said on Sunday its aircraft launched airstrikes against PKK targets in northern Iraq's Gara region on Saturday after spotting militants preparing to attack Turkish military outposts on the border.

Iraq's powerful neighbors, Iran and Turkey, strongly oppose the KRG vote as they fear could fuel separatism among their own Kurds. Iran also supports Shiite groups who have been ruling or holding key security and government positions in Iraq since the 2003 U.S-led invasion which toppled Saddam Hussein.

The KRG has resisted calls by the United Nations, the United States and Britain to delay the referendum who fear it could further destabilize the region.

Iranian State broadcaster IRIB said military drills, part of annual events held in Iran to mark the beginning of the 1980-1988 war with Iraq, are centered in the Oshnavieh border region. The war games will include artillery, armored and airborne units, it said.

Clashes with PKK-linked militant groups based in Iraq are fairly common in the border area.

On Saturday, Turkish warplanes destroyed gun positions, caves and shelters used by PKK militants, a military statement in Ankara said. Turkey's air force frequently carries out such air strikes against the PKK in northern Iraq, where its commanders are based.

Turkey's parliament voted on Saturday to extend by a year a mandate authorizing the deployment of Turkish troops in Iraq and Syria.

The PKK launched an insurgency in 1984. More than 40,000 people have been killed in the conflict. It is designated a terrorist group by Turkey, the United States and the European Union.

The U.S. embassy in Iraq cautioned its citizens that there may be unrest during a referendum, especially in territories disputed between the KRG and the central government like the multi-ethnic oil-rich region of Kirkuk.

Three Kurdish Peshmerga fighters were killed and five wounded on Saturday when an explosive device blew up near their vehicle south Kirkuk, security sources said.

Daesh's ''caliphate'' effectively collapsed in July, when a U.S.-backed Iraqi offensive, in which the Peshmerga took part, captured their stronghold Mosul, in northern Iraq.

The group continues to control a pocket west of Kirkuk and a stretch alongside the Syrian border and inside Syria.