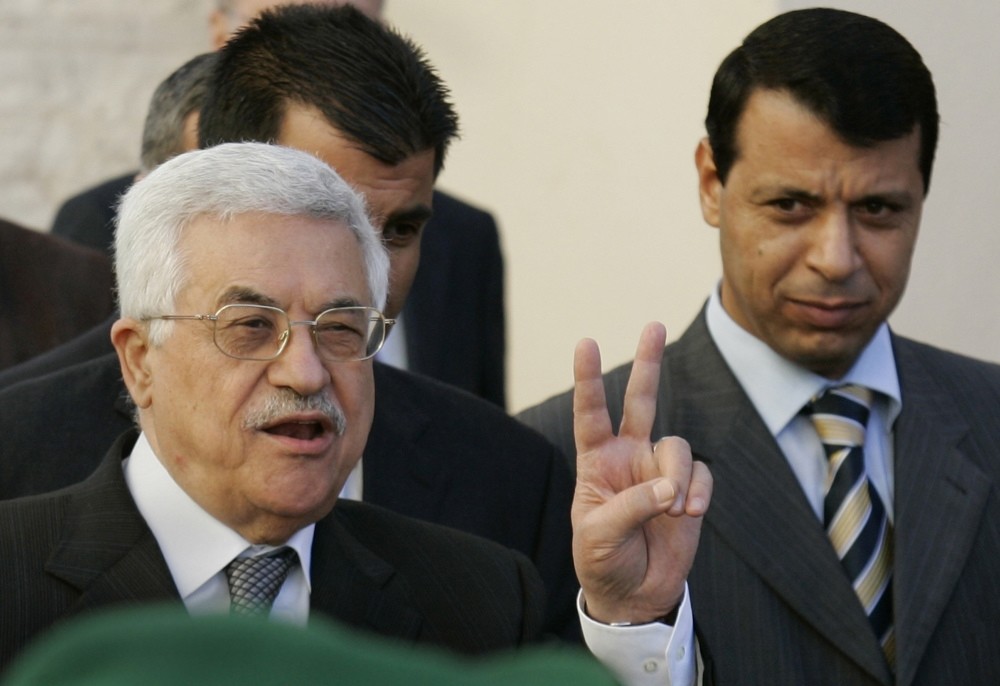 Amid aims to increase its influence over Gaza, the UAE is bringing a controversial figure, former Fatah strongman Mohammad Dahlan, into the mix, while Tehran is quickly assaying to rebuild relations between Hamas and the Assad regime

Last week, Hamas offered the Palestinian Authority to form a co-governance over the tiny coastal enclave which it has controlled since 2007. The offer included the dismantling of the Gaza administrative committee that currently governs the city and the handing over of governmental functions to Palestinian President Mahmoud Abbas.

While reconciliation attempts previously failed despite all efforts, the recent wave of change by Hamas amid its efforts to become a legitimate actor in the region has revived new hopes for peace between the two parties.

However, the Gaza issue is not only limited to the decision of the Palestinians, as both Iran and the United Arab Emirates aim to get involved in the process and to increase their influence on Gaza. The UAE backs Gazan businessman Mohammad Dahlan, whereas Iran is pushing for Hamas to reconcile with Syria's Bashar Assad regime and to tighten its loosened relations with Lebanon's Hezbollah.

Hamas leader Ismail Haniyeh has said that his offer is "serious." "We extend a clear and frank invitation without obstacles for a consensus government to work in Gaza," Haniyeh said, adding that the Palestinian Authority should take "practical steps."

Aiming to alleviate international pressures and solve the daily issues in Gaza, Hamas seems to be more decisive regarding potential reconciliation, despite little indication that Palestine has shifted its stance regarding the U.S. and Israeli-designated terrorist group Hamas. On the other hand, the UAE considers Dahlan to be the olive branch between the factions, even though President Abbas and Fatah seem discontented by the possibility of his involvement. Dahlan is considered a popular figure across the region, having joined peace talks for Syria in Cairo last March and participating in a meeting organized by Russian President Vladimir Putin in 2015. The former Fatah strongman also appears on several TV channels, presenting himself as a man who can potentially save the region from conflict.

On the other hand, his animosity towards Turkey is evident as he attacks Turkey and President Recep Tayyip Erdoğan every chance he gets. The UAE and Egypt both support Dahlan likely because they are disappointed by the active role Turkey plays in the region. Dahlan was granted Serbian citizenship in 2013 after promising Belgrade to bring millions of dollars in investments to the country.

"In February 2015, then-Serbian Foreign Minister Ivica Dacic confirmed that Serbia had granted Dahlan citizenship in 2013. Dahlan reportedly promised to bring millions of dollars in investments to Serbia from the UAE, where he had been living since 2011," the Balkan Insight reported last July. Some Turkish media outlets have claimed that Dahlan was also involved in the July 15 coup attempt, orchestrated by members of the Gülenist Terror Group (FETÖ). This suspicion was fueled by Egypt's statements immediately following the coup attempt, ensuring FETÖ members that they could take refuge in Egypt and raising the question of whether Dahlan and Egypt's autocratic regime cooperate against Turkey. On the same note, Dahlan's TV channel Gad al-Arabi, which operates in Egypt, has decorated Egyptian billboards with posters of President Erdoğan, depicting him as a sultan. Interestingly, FETÖ leader Fetullah Gülen gave an interview to the channel in the wake of the coup attempt.

Iran, on the other hand, is distressed by the Gulf's increasing influence in Gaza, amid concerns of losing Hamas and its armed wing, Islamic Jihad. Since the war in Syria began in 2011, Hamas officials have sided with Qatar and Turkey, which are the fiercest dissidents of the Assad regime in the region. Hezbollah has also expressed its discontent with Hamas' stance towards not only the regime but also Israel, signaling changes with the party's manifest which was revised last spring. Last week, an Associated Press report wrote that, "Iran and its Lebanese ally Hezbollah are quietly trying to mediate a reconciliation between Syria and Hamas. If they succeed, it would shore up a weak spot in the alliance at a time when Iran has strengthened ties with Syria and Iraq, building a bloc of support across the region to counter Israel and the U.S.'s Arab allies." Although Iran and Hamas have not cut off relations entirely, it is obvious that relations have been loosened.

"Iran is working to restore a lost link in its network of alliances in the Middle East, trying to bring Hamas fully back into the fold after the Palestinian militant group had a bitter fall-out with Iranian-ally Syria over that country's civil war," the report read.