Russia blames US 'hypocrisy' for death of general in Syria 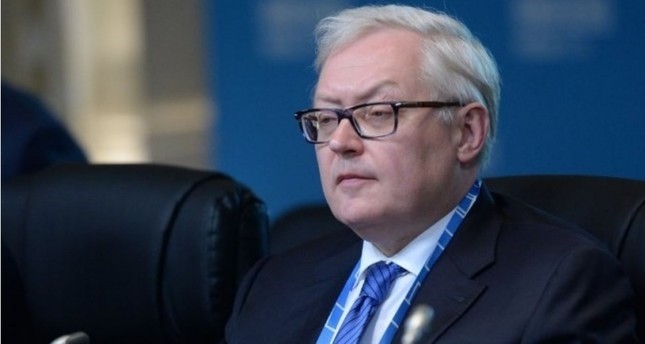 Ryabkov also expressed Russia's concern about the U.S.' attitude towards Daesh in Syria, saying it questioned the country's desire to destroy the terror group.

Russia's Defense Ministry confirmed Sunday that one of its general lieutenants, Valeryi Asapov, was killed by mortar shelling in Syria, the TASS news agency reported.

It added that Lt. Gen. Valery Asapov "was at a command post of Syrian troops, assisting the Syrian regime's commanders in the operation for the liberation of the city of Deir el-Zour."

In Deir el-Zour, Daesh is battling two separate offensives, launched by the U.S.-backed Syrian Democratic Forces (SDF) on one side and the Assad regime and its allies on the other.

To prevent the two operations from clashing, the coalition, the SDF, Assad regime and Russia had agreed on a "de-confliction line" that runs from the neighboring province of Raqqa southeast along the Euphrates to Deir ez-Zor.