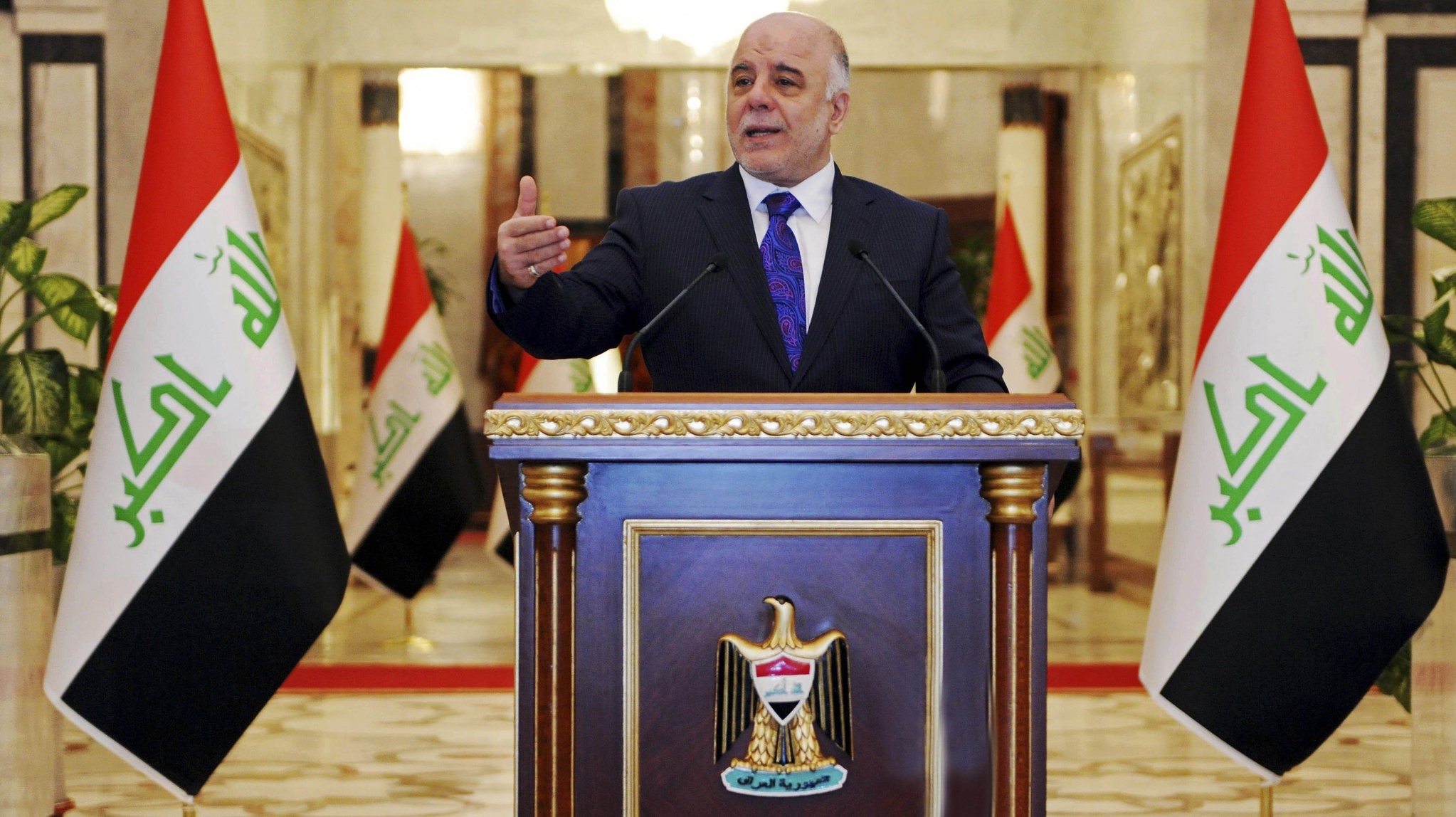 Iraqi Prime Minister Haider al-Abadi Saturday pressed the case for the central government in Baghdad to receive the revenue from the Kurdistan Regional Government (KRG)'s oilfields, saying the money would be used to pay Kurdish civil servants.

Seeking to control the oil income from the autonomous Kurdish region is central to Abadi's strategy after the KRG referendum on independence held Monday.

The KRG administration said it plans to use the vote, which delivered an overwhelming yes for independence, as a mandate to seek the peaceful secession of the region through talks with Abadi's government.

Abadi, who rejects any talks with the Kurds on independence, wrote in a tweet: "Federal government control of oil revenues is in order to pay KR employee salaries in full," in reference to the KRG.

No other statement was forthcoming from the government. It was not clear whether Baghdad had had any success in taking control of oil income from the KRG region in the north of Iraq, which for years has kept oil revenue and paid civil servants.

Abadi Thursday said Turkey had told Iraq it would deal only with the Iraqi government on crude oil exports. Iraqi Kurdish crude oil is exported to world markets through a pipeline to Turkey's Mediterranean coast.

Baghdad imposed a ban on direct international flights to the Kurdish region Friday.