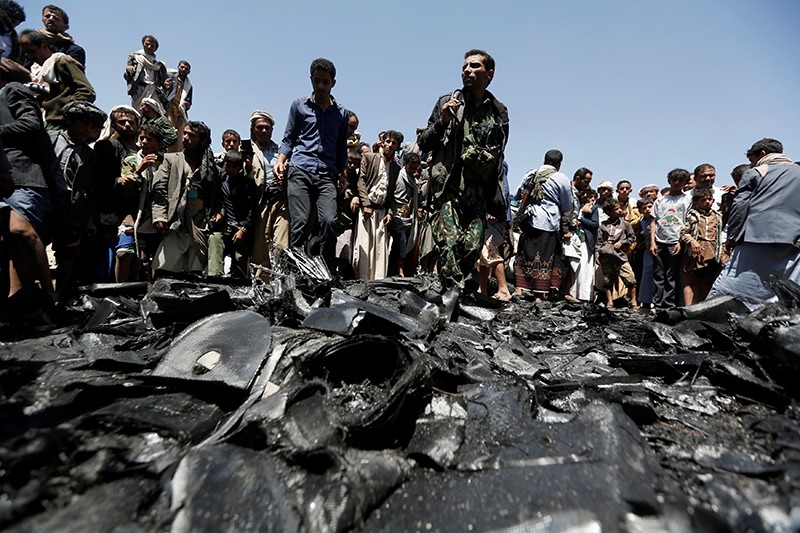 People gather at the site of the wreckage of a drone aircraft which the Houthi rebels said they have downed in Sanaa, Yemen October 1, 2017 (Reuters Photo)
by daily sabah
Oct 01, 2017 12:00 am

Meanwhile, Yemen's Deputy Prime Minister and Minister of Foreign Affairs Abdulmalik Al-Makhlafi also welcomed the draft resolution for Yemen, saying that the situation in the country necessitates human rights assistance by the global community for the government.