France ready to mediate between Iraqi government and KRG: Macron 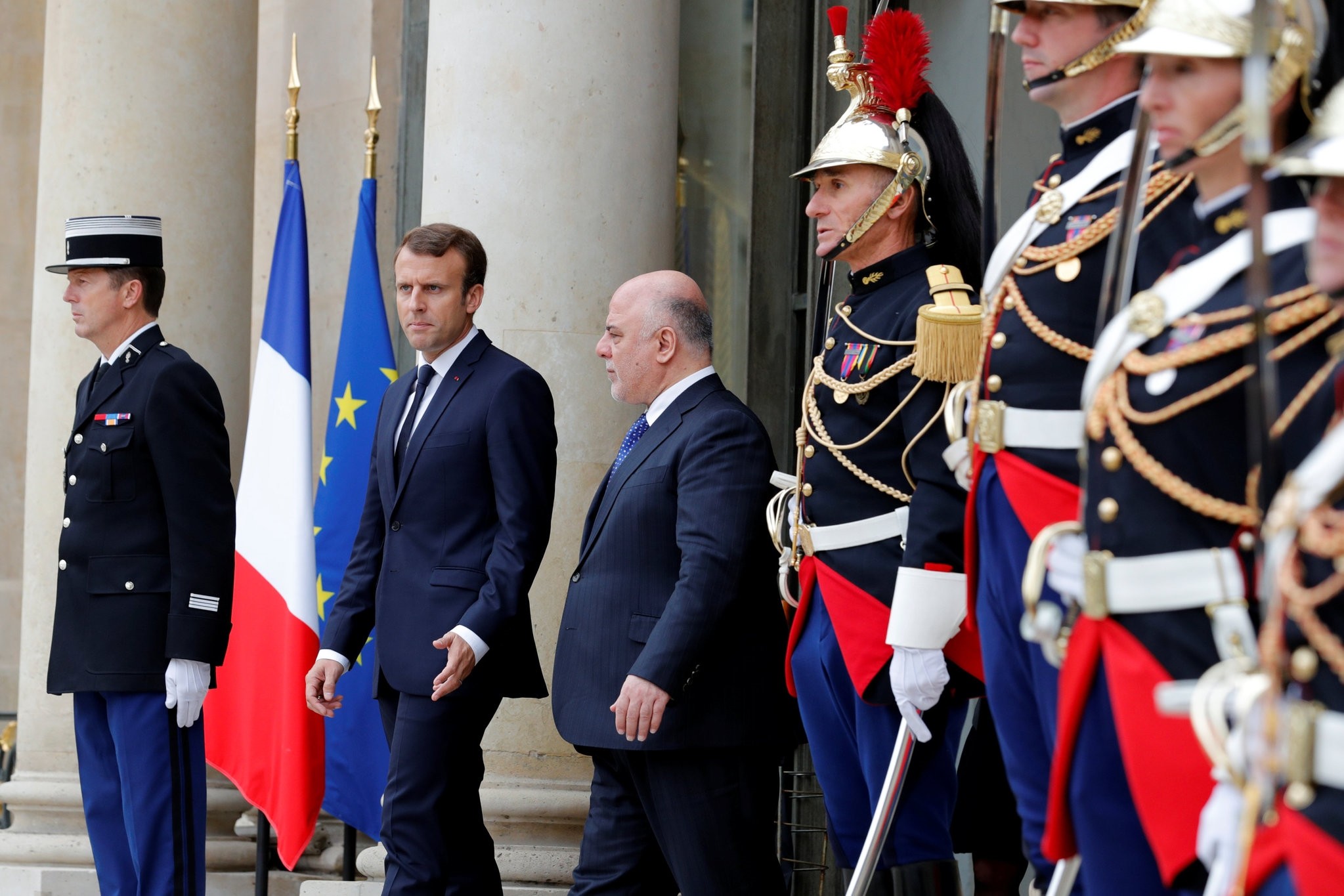 French President Emmanuel Macron offered Thursday for France to mediate between the Iraqi government and the Kurdistan Regional Government (KRG) seeking independence after a controversial referendum.

Macron made the offer after meeting Iraqi Prime Minister Haider al-Abadi in Paris in wide-ranging talks about French support for the fight against the Daesh and rebuilding Iraqi's economy.

Macron said France and others are worried about the situation of the KRG after last month's referendum, and said France supports the stability and territorial integrity of Iraq. He insisted on the importance of "national reconciliation and inclusive governance" that includes KRG, "with whom France maintains close ties."

Macron said dialogue "is the only path" and "France is ready to contribute actively to mediation."

On Sept. 25, Iraqis in KRG-held areas and in several areas disputed between Baghdad and Irbil, including Kirkuk, voted to declare independence from Iraq. The KRG administration mobilized additional peshmerga forces in Kirkuk hours before the vote began to secure the referendum, which has been called illegal.

According to the results announced by the KRG, almost 93 percent of registered voters cast ballots in favor of independence. The referendum faced sharp opposition from most regional and international actors, many of whom warned that it would distract from Iraq's ongoing fight against terrorism and further destabilize the already volatile region.