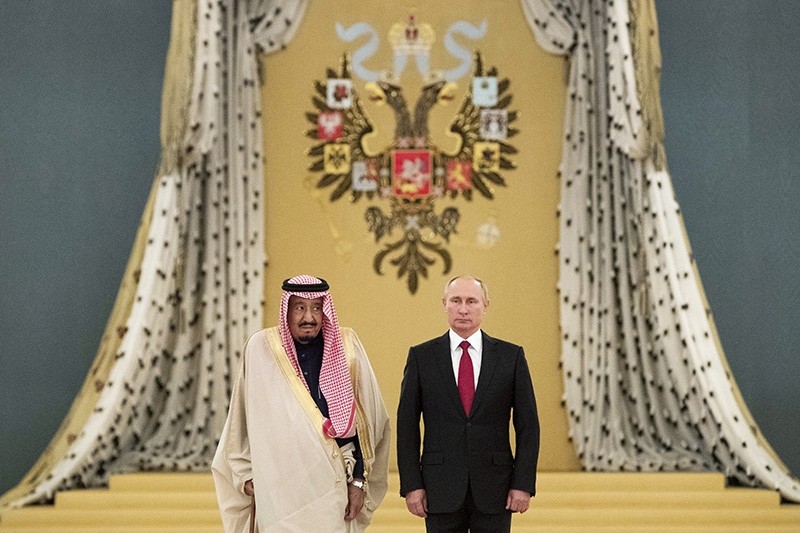 Russian President Vladimir Putin and Saudi Arabia's King Salman on Thursday opened talks in the first official visit of a Saudi monarch to Russia that's expected to focus on the oil market and the war in Syria.

At the Kremlin's opulent St. Andrew's Hall, Putin in televised remarks hailed the king's visit as a "landmark" event. King Salman in his reply called Russia a "friendly nation" and said his country is committed to strengthen ties "in the interests of peace and security."

Relations between the two countries have often been strained. During Cold War times, the Saudis helped arm Afghan rebels fighting against the Soviet invasion.

More recently, tensions were high over the war in Syria, in which Russia has staunchly backed Syria's Assad regime while Saudi Arabia has supported his foes.

The kingdom, much like Russia, has been hit by the fall in oil prices since mid-2014. Despite regional disagreements, the two countries found common ground on energy policy in November when they led a deal between OPEC and non-OPEC states to cut production in a bid to shore up crude prices. So far that deal is holding.