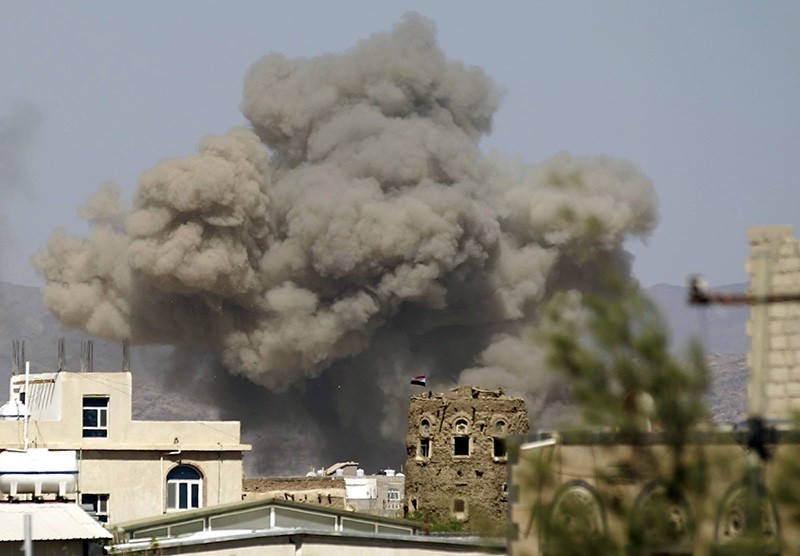 The Saudi Arabia-led coalition fighting in Yemen was placed on a UN blacklist for killing and maiming 683 children in the war last year, according to report released Thursday.

U.N. Secretary-General Antonio Guterres decided to add the coalition to the annual list of shame while noting that it had taken some measures to improve the protection of children.

The blacklist attached to the U.N. annual report on children in armed conflict also named the Iran-allied Houthi rebel group, Yemen government forces, pro-government militia and Al Qaeda in the Arabian Peninsula for violations against children in 2016.

The U.N. report said the Houthis and affiliated forces killed and injured 414 children in 2016.

The report was submitted to the Security Council on Thursday.

The actions of the Saudi-led coalition "objectively led" to it being blacklisted for killing and injuring 683 children and for 38 attacks on schools and hospitals last year, the report said, adding that all incidents were verified by the U.N.

The coalition had been briefly added to the blacklist in 2016 and then removed by then-U.N. chief Ban Ki-moon pending review. At the time, Ban accused Saudi Arabia of exerting "unacceptable" undue pressure after sources told Reuters that Riyadh threatened to cut some U.N. funding. Saudi Arabia denied threatening Ban.

In an effort to dampen controversy surrounding the report, the blacklist this year is split into two categories. One lists parties that have put in place measures to protect children, which includes the Saudi-led military coalition, and the other includes parties that have not.

The report, which was produced by U.N. Children and Armed Conflict envoy Virginia Gamba and issued in Guterres' name, does not subject those listed to U.N. action but rather shames parties to conflicts in the hope of pushing them to implement measures to protect children.

Guterres spoke with Saudi King Salman by phone on Wednesday. U.N. spokesman Stephane Dujarric said: "They had a very positive discussion on issues of mutual interest, including the situation in the Middle East and beyond."

Yemen has been devastated by more than two years of civil war in which President Abd-Rabu Mansour Hadi's government, backed by the Saudi-led coalition, is fighting to drive the Houthis out of cities they seized in 2014 and 2015.

More than 10,000 people have been killed and the conflict has ruined the economy and pushed millions to the brink of famine. The Houthis control much of northern Yemen, including the capital, Sanaa.

U.N. sanctions monitors reported to the Security Council in January that the Saudi-led coalition had carried out attacks in Yemen that "may amount to war crimes." Riyadh denies the allegation.

The U.N. sanctions monitors said at the time that the coalition was made up of Saudi Arabia, Bahrain, Kuwait, Qatar, the United Arab Emirates, Egypt, Jordan, Morocco and Sudan.

The coalition has received limited U.S. support, including in logistics. Saudi Arabia and the United Arab Emirates are major recipients of U.S. arms. Saudi Arabia is also a major customer of British defense companies.

"Until this happens, governments should suspend all Saudi weapons sales," she said.

The annual children and armed conflict report is produced at the request of the U.N. Security Council. In 2015 the United Nations left Israel and the Palestinian militant group Hamas off the blacklist, after they had been included in an earlier draft, but criticized Israel over its 2014 military operations.