Iran warns US against labeling Revolutionary Guards a terrorist group 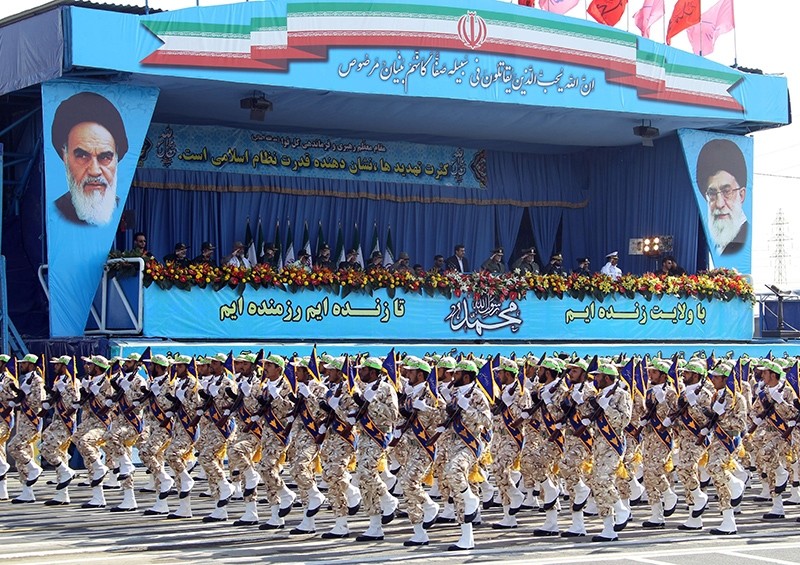 Iran promised on Monday to give a "crushing" response if the United States designated its elite Revolutionary Guards as a terrorist group.

The pledge came a week before President Donald Trump announces final decision on how he wants to contain Tehran. He is expected on Oct 15 to will decertify the landmark international deal to curb Iran's nuclear program, in a step that potentially could cause the 2015 accord to unravel.

Trump is also expected to designate Iran's most powerful security force, the Revolutionary Guards Corp (IRGC) as a terrorist organization, as he rolls out a broader U.S. strategy on Iran.

"We are hopeful that the United States does not make this strategic mistake," foreign ministry spokesman Bahram Qasemi was quoted as saying by the state news agency IRNA at a news conference.

"If they do, Iran's reaction would be firm, decisive and crushing and the United States should bear all its consequences," he added.

Individuals and entities associated with the IRGC are currently on the U.S. list of foreign terrorist organizations, but the organization as a whole is not.

Jafari also said that additional sanctions would end the chances for future dialogue with the United States and that the Americans would have to move their regional bases outside the 2,000 km (1,250 mile) range of IRGC's missiles.