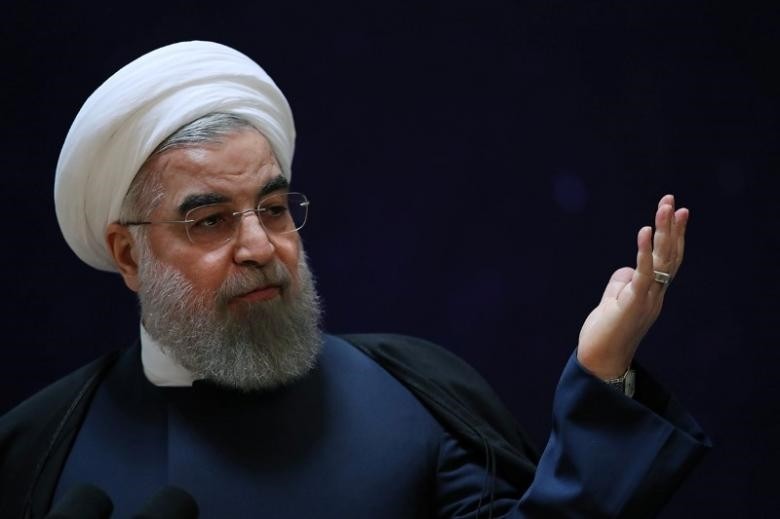 Iranian President Hassan Rouhani said Wednesday Trump would lose big if the US were to pull out of the Iranian nuclear deal.

"If someone backs out of an international deal, he's the loser, not the one who doesn't," Rouhani said during a cabinet meeting.

"Sticking to a deal shows the dignity of a state and to what extent its government is trustworthy," Rouhani said.

The comments come less than a week before a US deadline of October 15 to report on Iran's compliance with the nuclear agreement. The US president is expected to announce a decision to "decertify" the deal ahead of that deadline.

Trump will likely say the agreement, reached in 2015 after years of negotiations between Iran and six world powers, is not in the national interest of the United States, according to US media reports.

The decision would stop short of the United States completely scrapping the deal, but would open the door to modifying it, the Washington Post reported, quoting unidentified sources who were briefed on the plans.

Trump complained bitterly about the deal during the 2016 presidential campaign and told the UN General Assembly recently that it was "one of the worst and most one-sided transactions the United States has ever entered into."

If Trump decertifies the deal, the US Congress could then decide within 60 days whether the suspended sanctions against Iran should be reinstated - a step that would officially lead to a termination of the agreement. A Senate majority for reinstating sanctions is questionable, however.

British Prime Minister Theresa May told Trump in a phone call ahead of the deadline that the international nuclear deal with Iran is "vitally important for regional security."

May "reaffirmed the UK's strong commitment to the deal alongside our European partners, saying it was vitally important for regional security," Downing Street said in a statement released Tuesday.

"The prime minister stressed that it was important that the deal was carefully monitored and properly enforced," it said.

It said the two leaders also discussed "the need for the UK, US and others to work together to counter destabilizing Iranian activity in the region."