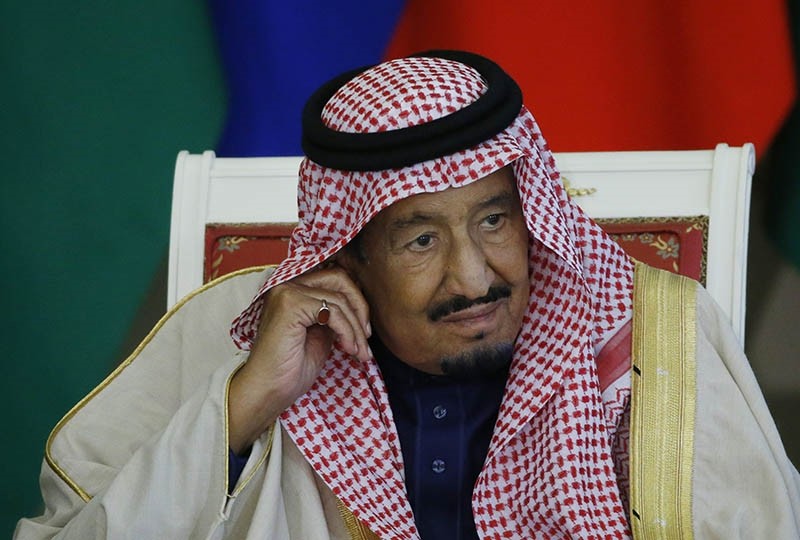 Saudi Arabia welcomed Friday what it called U.S. President Donald Trump's "decisive strategy" towards Iran and said lifting sanctions had allowed Tehran to develop its ballistic missile program, step up its support for militant groups including Hezbollah and the Houthis in Yemen, and attack global shipping lanes.

Saudi Arabia issued a statement in which it commended Trump's "clear-eyed vision, and his commitment to working with the United States' allies in the region to confront common threats, especially those posed by Iran's aggressive policies and behavior in the region."

The statement said Riyadh previously supported the agreement between Iran and a group of world powers, but "Iran had misused the economic benefits it gained from the lifting of sanctions, and used them to continue its destabilizing behavior in the region, especially through its development of ballistic missiles, and its support for terrorism in the region, including Hezbollah and the Houthi militia.

"Iran went beyond that in a blatant violation of international resolutions, as it transferred its capabilities and expertise to its proxies, including the Houthi militias, who used these missiles to target [Saudi Arabia]. This proves the fallacy of Iran's claims that its development of these capabilities is for defensive purposes," the statement said.

It went on to say: "Iran, through the Revolutionary Guard and the Houthi militias under its controlled, also continued its attempts to restrict international maritime navigation in the Red Sea and the Arabian Gulf, and continued its cyber attacks against the Kingdom and countries in the region."

Saudi Arabia added that it was fully committed "to continue to work with its partners in the United States and the international community to achieve the objectives of the strategy announced by the President of the United States, and the need to address the dangers posed by Iran's policies to international peace and security in a comprehensive approach that is not limited to its nuclear program, but includes all of its malign activities, and cuts off all paths for Iran to obtain weapons of mass destruction."