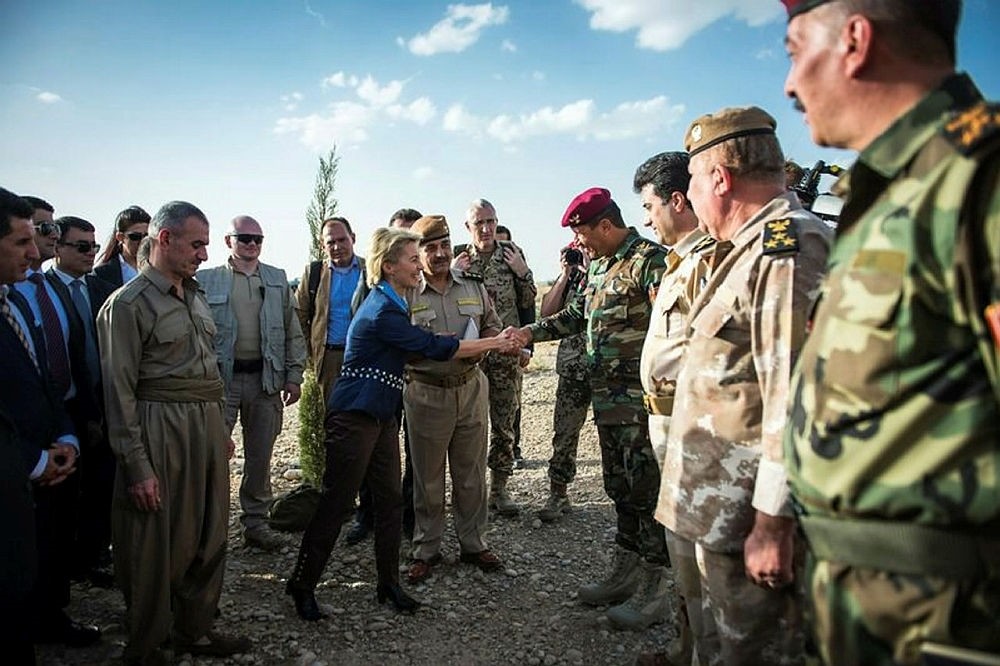 Germany has suspended the training of Kurdish Peshmerga forces in northern Iraq amid concerns about growing tensions in Kirkuk, officials confirmed Monday.

"The military training activities have been temporarily suspended," a German Defense Ministry spokeswoman told Anadolu Agency, adding that officials are closely monitoring developments in close coordination with allies in the anti-Daesh coalition.

Germany had been providing military training for Kurdish Peshmerga forces since 2015 to support the fight against Daesh in the region.

Last month the German government criticized the KRG's unilateral move to hold an illegitimate independence referendum and called for dialogue between Irbil and Baghdad to resolve their issues.

Tensions between Iraq's central government and Irbil have steadily mounted since the vote Sept. 25 that was held in Kurdish-controlled areas and in several disputed territories, including the oil-rich city of Kirkuk.

The poll was strongly opposed by most regional and international actors -- including the U.S., Turkey and Iran -- that warned it would distract from Iraq's fight against terrorism and further destabilize the region.

Kurdish Peshmerga forces reportedly withdrew from the city and its outskirts before the Iraqi army advanced.