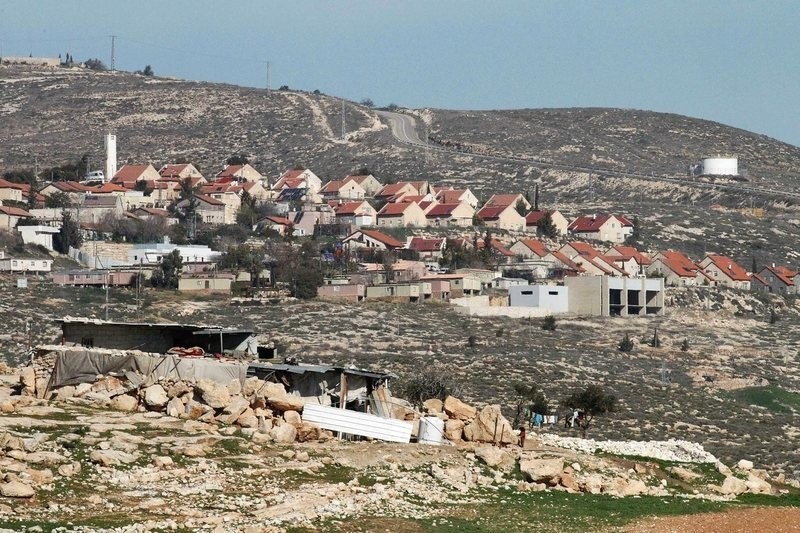 A general view of the illegal Israeli settlement of Bani Hever, southwest of the Israeli-occupied West Bank town of Hebron, surrounded by the Palestinian lands of Bani Na'im village. (File Photo)
by Compiled from Wire Services Oct 16, 2017 12:00 am

Israeli authorities on Monday approved permits for 31 settler homes in Hebron in the occupied West Bank, the first such approvals for the flashpoint city since 2002, the Peace Now NGO said.

An Israeli committee approved construction permits for the 31 units, Anat Ben Nun of Peace Now said. Several hundred Israeli settlers live in the heart of Hebron under heavy military guard among some 200,000 Palestinians.

"The settlement in Hebron represents the occupation in its most ugly. In order to protect a small group of settlers, tens of thousands of Palestinians had been forced to move from their homes and roads and shops had been closed," Peace Now said in a statement.

"The permits approved today would increase the number of settlers in Hebron by 20%, and they required significant legal acrobatics that might not stand the test of the High Court of Justice."

International law views the West Bank and East Jerusalem as occupied territories and considers all Jewish settlement-building activity there as illegal.

Nevertheless, roughly 500,000 Israelis now live on more than 100 Jewish-only settlements built on these territories since 1967.