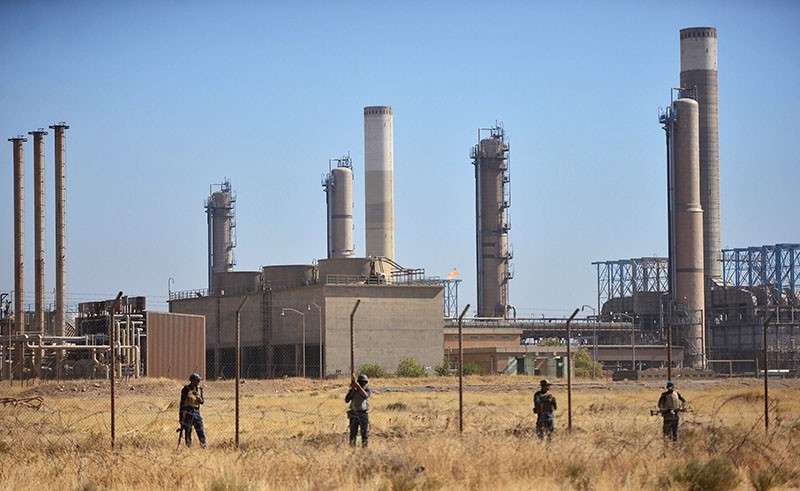 The Kurdistan Regional Government (KRG) has shut down some 350,000 barrels per day (bpd) of production from major fields Bai Hassan and Avana due to security concerns after a flare-up in tensions with the central government, trading sources told Reuters on Monday.

One trading source said he was informed by KRG operators that civilian workers at both fields were released following a build up of Iraqi military forces around the fields.

The operations were stopped and civilian employees will be able to return and operations will restart only when the intentions of Iraqi security forces are clear, the source added.

He added that the flows of oil from North Oil Co's Kirkuk oil field, which are under control of the central government, were continuing normally at an export rate of 90,000 bpd.

Meanwhile, KRG stated that oil is still flowing through the export pipeline and the KRG will take no steps to stop that flow.

The minister of natural resources for KRG, Ashti Hawrami, has ordered the resumption of full production from the Bai Hassan and Avana oilfields after a brief interruption on Monday, a source at the ministry told Reuters.

Iraq said on Monday it was considering using security forces to prevent KRG from shutting down output from the oil area of Kirkuk after tensions flared up between the central government and the semi-autonomous region.

"The oil ministry warned the Kurdish authorities not to attempt any action that would cause crude oil flow disruption from Kirkuk oilfield," a spokesman for North Oil Company told Reuters.

"We received signals from them (Kurdish officials) that they will shut down production operations in Kirkuk oilfield for security reasons but we understand that this is only a pretext to put pressure on Baghdad," the spokesman said.

"This won't work and all options are on the table to continue output flowing. We are coordinating with the central government and oil ministry to ask security forces to intervene and prevent Kurdish crews from mismanaging production operations at the Kirkuk oilfield," the spokesman said.

Iraq will deploy troops to regain full control of the Kirkuk oil area and fields surrounding it to restart production suspended by the semi-autonomous region of KRG, a senior Iraqi oil official in Baghdad told Reuters.

"Kurdish forces following Erbil orders have deliberately evacuated oil workers from oilfields under its control in Kirkuk, including Bai Hassan and Avana and this reckless action caused the halt of production from these oilfields," the official said.

"We will not allow them to shut down production. We've got confirmation from military commanders that it's a matter of a very short time," the official said. "Our brave forces will regain control of all Kirkuk oilfields and then we will restart production immediately."