US 'not taking sides' in dispute between Iraq, KRG in Kirkuk 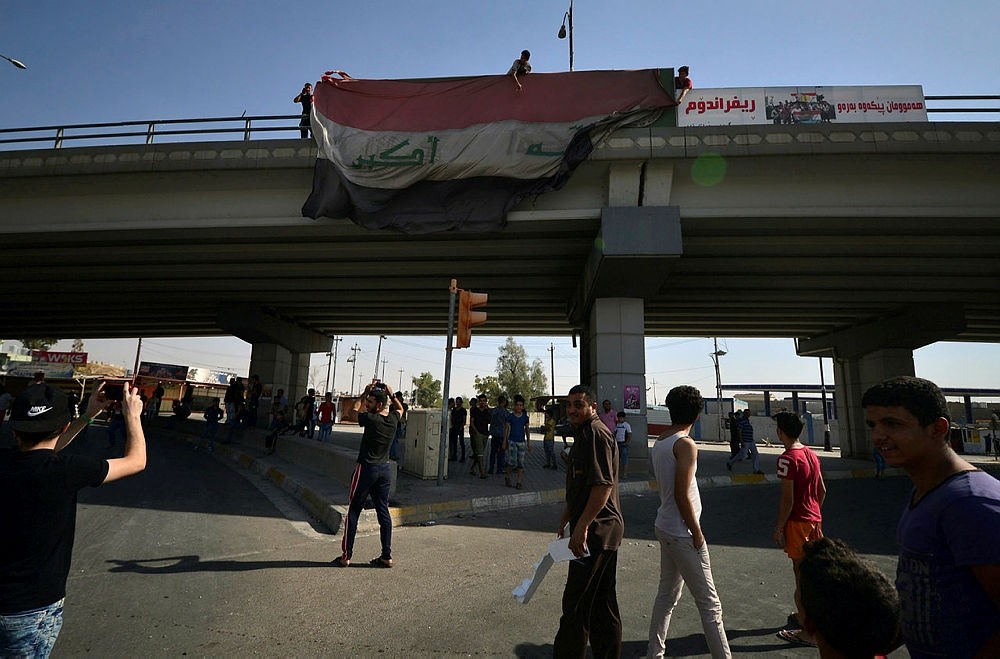 U.S. President Donald Trump on Monday said the United States will not take sides in the clash between Kurdistan Regional Government (KRG) and the Iraqi government but expressed disappointment the two sides were in conflict.

"We don't like the fact that they're clashing. We're not taking sides," Trump told reporters at the White House. "We've had for many years a very good relationship with the Kurds as you know and we've also been on the side of Iraq, even though we should have never been there in the first place. We should never have been there. But we're not taking sides in that battle."

Meanwhile, the Pentagon declined to blame the Iraqi government for the violence in Kirkuk, and instead urged the central government in Baghdad and KRG to negotiate their differences.

A Pentagon spokesman, Col. Rob Manning, said the confrontation underway in the Iraqi city is a "distractor" to the U.S. goal of destroying the Daesh terrorist group, and that Iraqi security forces and Kurdish peshmerga troops should not be "going at each other."

Iraqi government forces have moved into the disputed city of Kirkuk and seized oil fields and other infrastructure on Monday, following last month's Kurdish independence vote.

Asked about U.S. Sen. John McCain's statement that the Iraqi government faces severe consequences for what he called its misuse of U.S. military equipment to attack Kurdish forces, Manning said he could not comment beyond saying Washington wants both sides to engage in dialogue. He said U.S. commanders in Iraq are trying to help mediate.