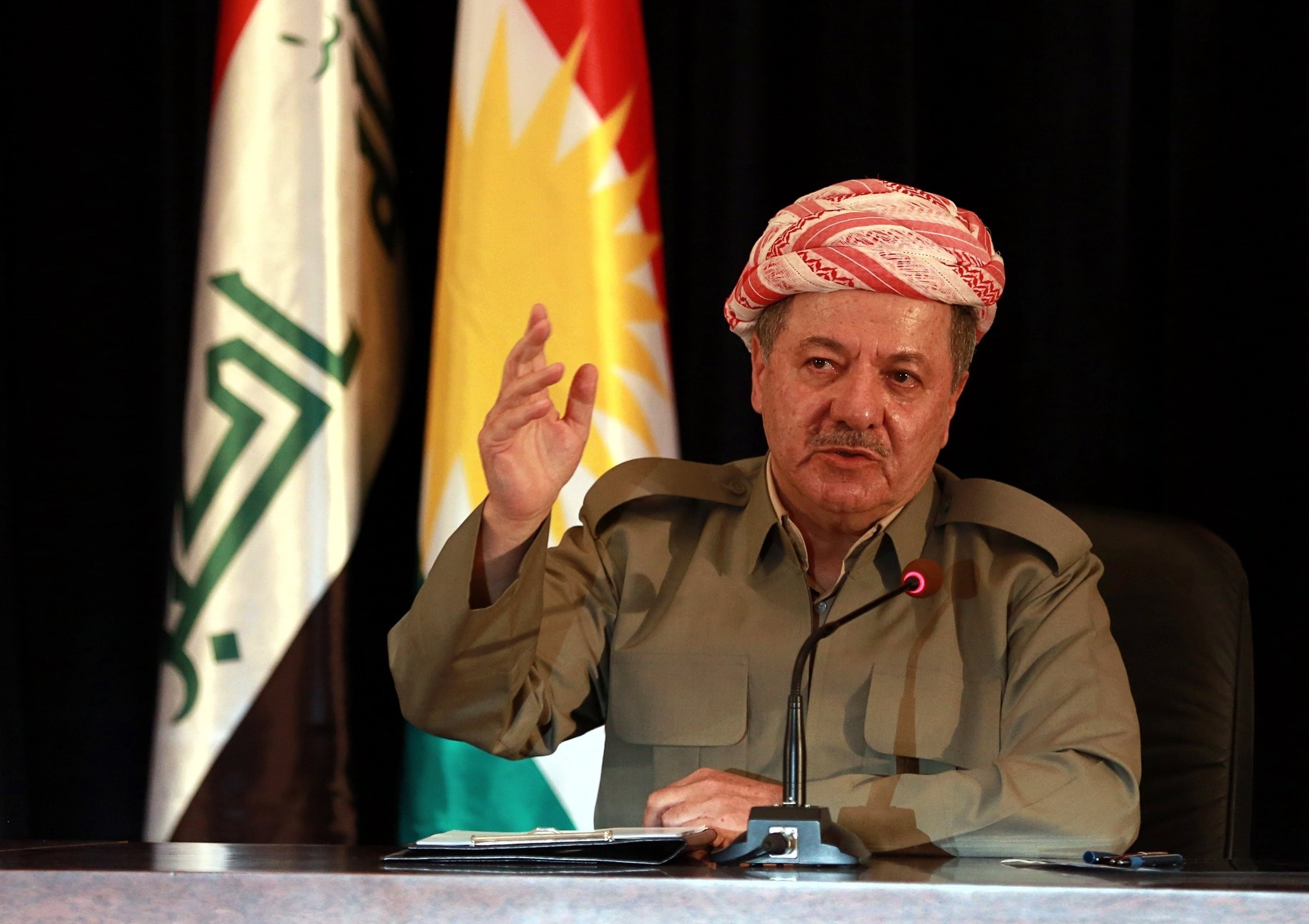 Tension has steadily mounted between Baghdad and the Erbil-based KRG since Sept. 25, when Iraqis in KRG-controlled areas -- including the disputed Kirkuk province -- voted on whether or not to declare independence.

After deploying troops to disputed areas this weekend, Iraqi officials announced on Monday that Kirkuk's strategic oilfields had been brought under the control of Iraq's central government.

He blamed the withdrawal from Kirkuk a day earlier on "certain individuals in certain political parties." He did not acknowledge the withdrawal of Kurdish forces from parts of northern and eastern Iraq on Tuesday.

The office of the Kurdish forces accused the Patriotic Union of Kurdistan party, archrivals of Barzani, of "treason" for colluding with central government to hand over the city.

The Kurdish military leadership says its forces will only withdraw to points held before Oct. 17, 2016, when Iraqi and Kurdish forces commenced operations to recapture the country's second largest city, Mosul, from Daesh.

In a statement, the KRG's Ministry for Peshmerga Affairs said the "line of contact" would be determined "in accordance with agreements signed before the [Iraqi] army liberated Mosul".

"According to agreements signed by the Iraqi government and the KRG -- and guaranteed by the U.S.-led coalition authorities -- the line of contact should revert to the status enjoyed before the Mosul campaign began on Oct. 17 of last year," the statement read.

"Both sides [i.e., Baghdad and Irbil] are expected to adhere to this agreement, while a new line of contact will be decided upon in coming days," the ministry added.

But Kurdish forces have already withdrawn from Kirkuk, where they deployed in 2014, and Sinjar in northeastern Iraq, which they captured from Daesh in 2015.