Peshmerga pull out from area near Mosul, Iran border 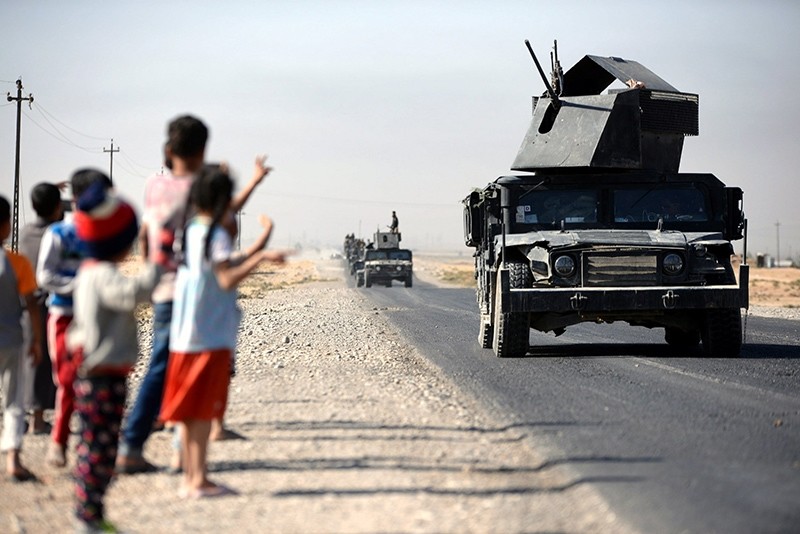 He said Iraqi government forces had not yet entered the district.

Saadullah, however, did not give a reason for the Kurdish pullout from the area.

Kurdish officer Sirwan Khalil, for his part, said Peshmerga forces had pulled out from the village of Kanhash in the historic city Nimrud, southeast of Mosul."

Peshmerga also pulled out from the area of Khanaqin, on the border with Iran as Iraqi forces prepared to take over their positions, security sources said.

The region is home to a large Kurdish community and the site of a small oil field, Khana.

Meanwhile, pro-government forces seized control of the Parvez Khan border crossing between Iraq and Iran, according to an Iraqi security official.

"Hashd al-Shaabi fighters, stationed on the Iranian side, have crossed the border and seized control of the crossing," the official said on condition of anonymity due to restrictions on speaking to media.

NRT TV, which broadcasts from the northern city of Sulaymaniya, also quoted officials at the crossing confirming the news.

Kurdish forces seized control of disputed areas in the provinces of Kirkuk, Nineveh, Diyala and Saladin when the Daesh terrorist group swept through northern Iraq in 2014 and the army collapsed.

On Monday, Iraqi forces seized full control of the oil-rich city of Kirkuk amid tension between Baghdad and Irbil over last month's illegitimate referendum on Kurdish independence.