Two-thirds of girls in Afghanistan do not attend school, HRW report says 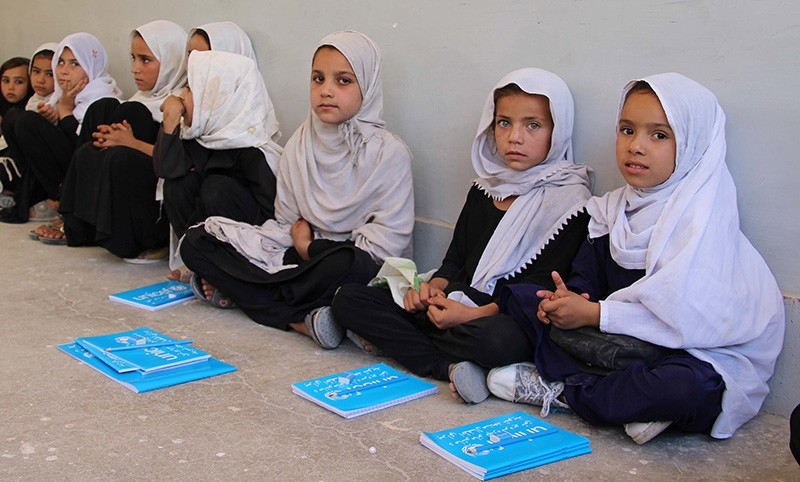 An estimated two-thirds of girls in Afghanistan currently do not attend school, a report from Human Rights Watch (HRW) released Tuesday says, with domestic and international efforts to improve female access to education faltering in recent years.

Since the fall of the Taliban in 2001 and the beginning of international civilian efforts to rebuild the country, girls' education has become a focal point for both the Afghan government and its major donors.

During the Taliban regime, only a few girls were allowed to study, with many being taught in secret or in privately held underground classes.

According to the HRW report, the Afghan government and its donors have made "impressive progress" in getting girls to attend school, but it was "not a completed task."

"Insecurity, poverty, and displacement are now driving many girls out of school," said Liesl Gerntholtz, women's rights director at HRW.

The rights group warned the real situation was likely much worse than numbers indicate because Afghanistan does not record children as being out of school until they have failed to attend class for three years.

Government statistics indicate that in some provinces, the percentage of students who are girls is as low as 15 percent, the report said.

In areas controlled by the Taliban girls receive limited or no education at all, while in contested zones girls trying to attend class face heightened security threats.

According to military sources, the Taliban currently controls or influences about 11 percent of Afghanistan, and is involved in fighting for roughly another 30 percent.

The ongoing conflict "discourages families from letting their children leave home and families usually have less tolerance for sending girls to school" in an insecure environment, the HRW report says, adding that "a single attack can frighten hundreds of girls' parents out of sending them for years to come."

The war's escalation has also led many school to close. In Kandahar, for example, at least 130 out of 435 schools were closed over the summer, according to a local government official interviewed by HRW.

Child marriage, child labor and a lack of schools and female teachers in many areas are other major barriers to girls' education in Afghanistan.