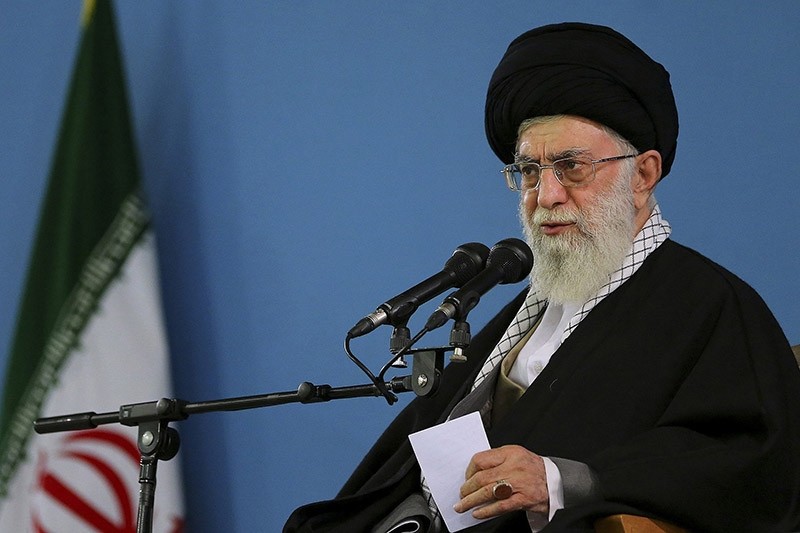 Iranian Supreme Leader Ayatollah Ali Khamenei has launched an attack on U.S. President Donald Trump for his attempts to row back on the 2015 nuclear deal between Tehran and the international community.

"It would be a waste of time to react to the nonsense spoken by the vulgar U.S. president," Khamenei was cited by the ISNA news agency as saying on Wednesday.

"The US president is reflecting stupidity," Khamenei said, adding that the reason he is annoyed with Iran is because U.S. policies in Syria, Iraq and Lebanon have failed.

It was his first response to Trump's bellicose speech last Friday in which he called for tougher sanctions to curb Iran's "destabilizing activities" in the Middle East.

He said Iran would stick by its commitments under the 2015 nuclear deal, which Trump has threatened to "terminate" unless the US Congress tightens sanctions on the country.

Khamenei welcomed Europe's strong support for preserving the nuclear agreement but also urged it not to follow the same line as Washington.

Europe "must refrain from entering into our defense issues", Khamenei said.

"To ask the same thing (as the Americans) about why Iran is present in the region -- well, deal with it."

"Or to ask why Iran has missiles -- well, why do you have missiles? Why do you have nuclear weapons? We will not accept the Europeans going along with America's bullying."

The deal signed in Vienna in 2015 between Iran and six world powers - the U.S., Britain, Russia, France, China, and Germany - saw internationally observed limitations to Iran's nuclear weapons program in return for the lifting of international sanctions.