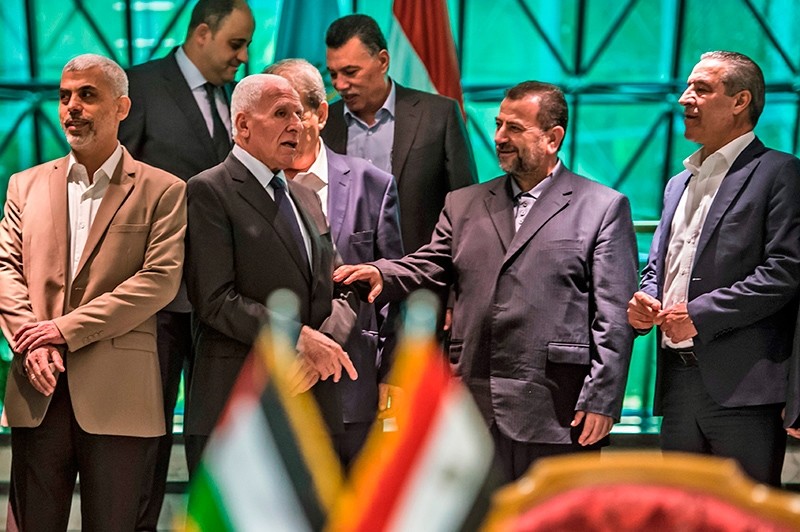 "This is blatant interference in Palestinian affairs because it is the right of our people to choose its government according to their supreme strategic interests," senior Hamas official Bassem Naim told French Press Agency (AFP).

"This statement comes under pressure from the extreme right-wing Netanyahu government and is in line with the Netanyahu statement from two days ago," Naim said.

Hamas and rival party Fatah have agreed a deal that should see the former hand over control of Gaza to the internationally recognized Palestinian Authority by Dec. 1, with talks also expected on forming a unity government.

Earlier Thursday, Greenblatt said if Hamas wants to play a role in any Palestinian government it must renounce violence and commit to peaceful negotiations with Israel.

Greenblatt's statement was the first American comment on the advancing reconciliation efforts between the rival Palestinian Fatah and Hamas factions, and echoed Israeli demands.

The envoy said Hamas must meet the international demands to recognize Israel and accept previous agreements with it, adding "it must accept these basic requirements" to take part in government. Hamas had always refused similar demands in the past.

Under Egyptian auspices, the Palestinian factions last week announced a preliminary agreement and have formed committees to sort out unresolved issues, most notably who will control Hamas' massive weapons arsenal. Talks continue with Fatah.