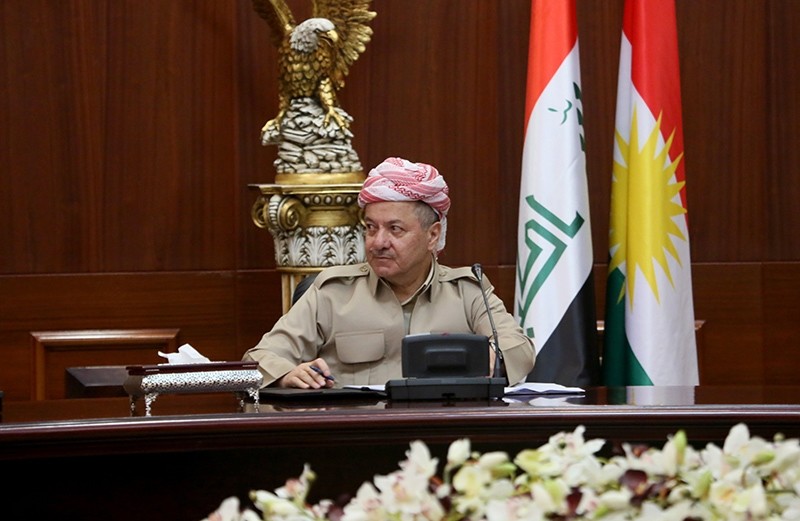 Abadi called for dialogue Tuesday, saying he considered last month's referendum, in which the KRG voted overwhelmingly for independence despite Baghdad's opposition, "a thing of the past."

Following a meeting of Council of Ministers, the KRG said in a statement that it accepted Abadi's call for dialogue within the framework of the Iraqi Constitution to solve the issues between Baghdad and Irbil. The KRG said it was ready for negotiations based on "partnership and alliance."

The statement also said that Irbil sought international community's assistance to both sides during the talks.

The KRG statement follows a lightning 48-hour operation by Iraqi government forces against peshmerga in disputed territories outside KRG region, including Kirkuk.

On Monday and Tuesday, Iraqi troops and allied militia retook the northern province of Kirkuk and its lucrative oil fields, as well as formerly KRG-held areas of Nineveh and Diyala provinces, in a punishing riposte to an illegitimate vote for independence last month.

The KRG, led by Masoud Barzani, held a controversial independence referendum Sept. 25, despite widespread criticism from regional powers, the Iraqi central government, the U.S., Russia and the EU. Leaders who oppose the KRG referendum argue that Iraq's territorial integrity must be protected and that focus should be honed on the fight against Daesh, arguing that KRG independence would compromise the stability of a unified Iraq and bring further chaos and conflict to a region already reeling from instability, civil war and political turmoil. The only country supporting the KRG vote has been Israel.