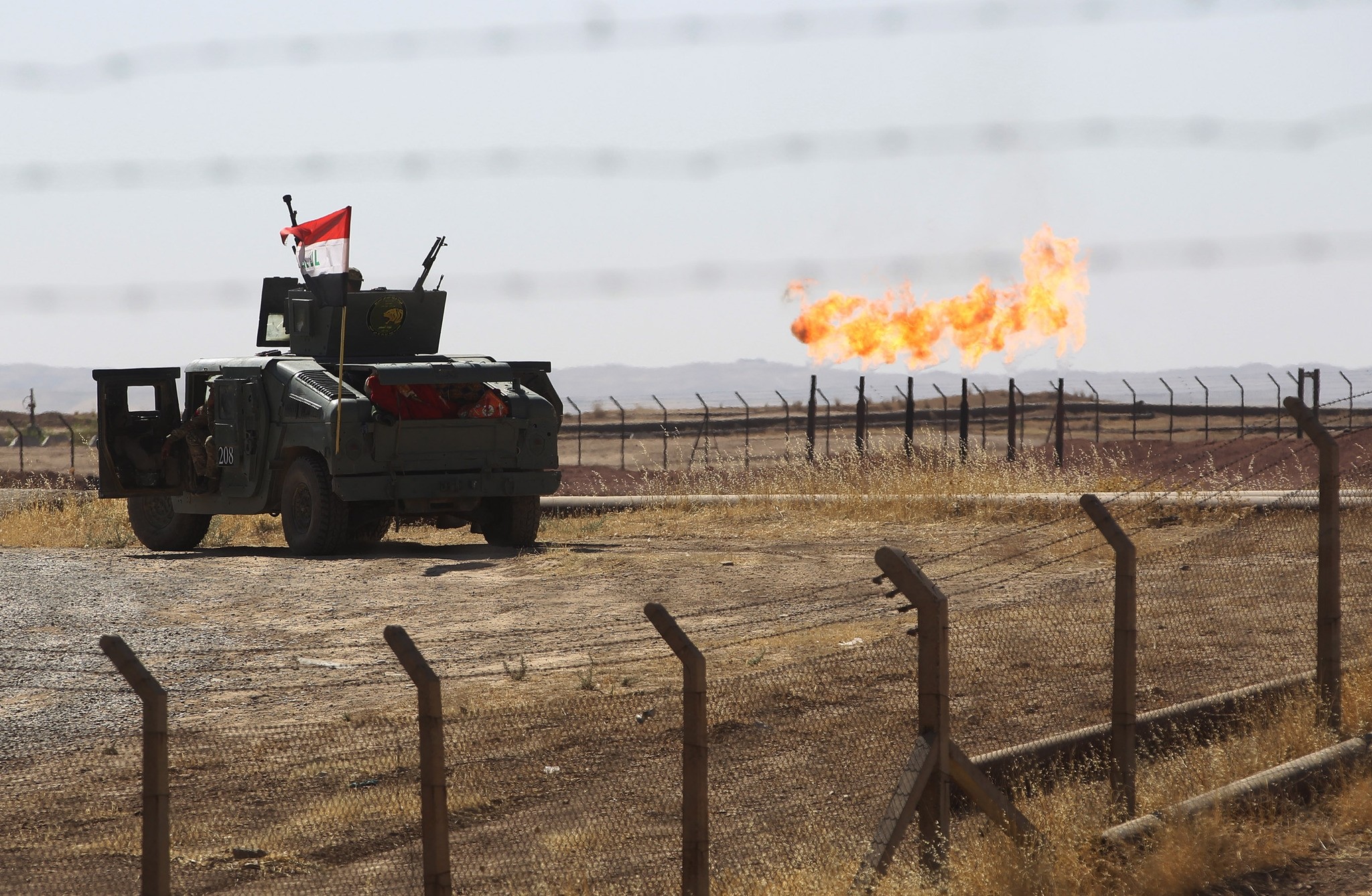 Iraqi forces took control on Friday of the last district in the oil-rich province of Kirkuk still in the hands of Kurdish Peshmerga fighters following a three-hour battle, security sources said.

"The army, police and counter-terrorism forces entered the center of the Altun Kupri region," just 50 kilometers (30 miles) from the Iraqi Kurdish capital of Irbil, said the source, asking not to be named.

"There were clashes but they managed to launch the assault... and hoist the flag on the municipality building.

The district of Altun Kupri, or Perde in Kurdish, lies on the road between the city of Kirkuk - which fell to Iraqi forces on Monday - and Irbil, capital of the semi-autonomous Kurdistan Regional Government (KRG) in northern Iraq that voted in a referendum last month to secede from Iraq against Baghdad's wishes.

A force made up of U.S-trained Iraqi Counter-Terrorism Service units, Iranian-backed Popular Mobilization and Federal Police began their advance on Altun Kupri at 7:30 a.m. (0430 GMT), said an Iraqi military spokesman.

"Details will be communicated later," the spokesman said in a short posting on social media.

It was not immediately clear whether there had been any casualties in the fighting.

The Iraqi forces have advanced into Kirkuk province largely unopposed as most Peshmerga forces withdrew without a fight.

The fighting at Altun Kupri marked only the second instance of significant violent resistance by the Kurds in Kirkuk province since Monday.

Iraqi forces are seeking to reestablish Baghdad's authority over territory captured by the Kurdish Peshmerga outside the official boundaries of the Kurdistan region in the course of the war on Daesh militants.

The Peshmerga had moved into Kirkuk after the Iraqi army fled the region in the face of Daesh's advance in 2014. The Kurdish move prevented Kirkuk's oilfields from falling into the hands of the militants.